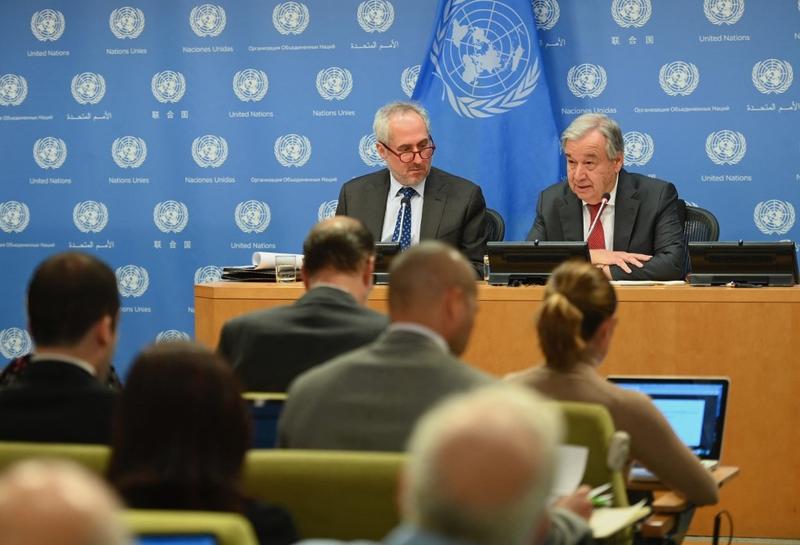 UNITED NATIONS - Britain's decision to increase its nuclear arsenal is inconsistent with the Nuclear Non-Proliferation Treaty (NPT), a UN spokesman said on Thursday.

The British govt on Tuesday announced its plan to increase the number of nuclear warheads to not more than 260, reversing its previous policy of reducing its stockpile ceiling to not more than 180 warheads

The position marks a toughening from earlier in the week, when Stephane Dujarric, the chief spokesman for UN Secretary-General Antonio Guterres, expressed concern over London's Tuesday announcement.

"While the United Kingdom continues to support the goal of a world free of nuclear weapons and many efforts to achieve it, the UN feels this announcement is not consistent with the disarmament commitments all nuclear-weapon states have undertaken," said Dujarric.

On Tuesday, the spokesman said the United Nations was studying the UK report. On Wednesday, he expressed the world body's concern, saying the UK decision was contrary to the country's obligations under Article VI of the NPT.

"It could have a damaging impact on global stability and efforts to pursue a world free of nuclear weapons. At a time when nuclear weapon risks are higher than they have been since the Cold War, investments in disarmament and arms control is the best way to strengthen the stability and reduce nuclear danger," he said on Wednesday.