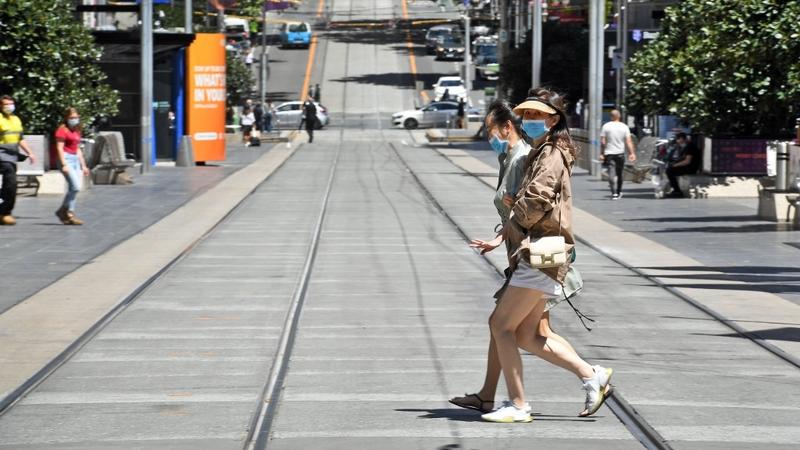 The number of new COVID-19 cases around the world will decrease until April, but might then see a small rebound from May to July due to the southern hemisphere entering winter and the proliferation of more contagious variants of the SARS-CoV-2 virus, according to a projection by researchers at Lanzhou University in Gansu province.

The forecast was based on reported cases worldwide and the development of the pandemic early last month and last year. It was created by the Global Prediction of COVID-19 Pandemic system developed by the university's Collaborative Innovation Center for Western Ecological Safety.

The system uses a combination of advanced technology for statistical-dynamic climate prediction and epidemic models to assess the development of the COVID-19 pandemic in more than 190 countries.

Huang Jianping, director of the center and the leading scientist behind the pandemic prediction system, said the number of new cases globally was likely to have dropped last month and that trend would continue this month thanks to strict prevention measures and mass vaccination.

Based on preliminary analysis of the current trend and mutated variants, the global new case number might see an uptick from May to July after weeks of decline.

On Feb 23, the World Health Organization reported a fall in new infections for the sixth consecutive week, with an 11 percent decline compared to the previous week. The number of new deaths fell by 20 percent.

However, the decline in new cases around the world came amid the spread of new, more contagious strains of the novel coronavirus, with some variants even overtaking the original virus and becoming the dominant strain in some countries and regions.

"Based on preliminary analysis of the current trend and mutated variants, the global new case number might see an uptick from May to July after weeks of decline," Huang said.

ALSO READ: When will life return to normal? In 7 years at today’s vaccination rate

Studies published by Huang and his team show that 60 percent of confirmed COVID-19 cases have occurred in places where the air temperature ranged from 5 C to 15 C, with numbers peaking at around 11.5 C. That could be problematic as the southern hemisphere enters its winter in June.

Complicating matters further is the fact that over 800 million people, mostly in developing countries, live in the southern half of the planet, where the key mutated variants of concern listed by WHO－501Y.V2 and P.1－were first discovered.

As of Feb 23, the WHO said the VOC 202012/01 variant, first detected in the United Kingdom in September, had reached 101 countries and regions. The 501Y.V2 variant, first encountered in South Africa in early August, had appeared in 51 countries.

The P.1 variant that was first reported in Brazil and Japan in December had traveled to 29 nations, the WHO said.

Renowned statistician George Box famously said: "All models are wrong, but some are useful."

That quote has been widely cited to dispel the misconception that statistical models are crystal balls that can accurately tell the future, as model design, data quality and the unpredictability of human behavior can throw off predictions by even the most advanced models.

Nevertheless, prediction models are an imperfect but valuable tool to project possible disease-impact scenarios based on various assumptions and control factors.

"They can play a very constructive role in our control efforts, such as providing projections on how the pandemic will develop so we can put in place intervention measures accordingly," Huang said.

For instance, the system predicted that the number of daily new cases from the January COVID-19 outbreak in Hebei province would peak at 90 around Jan 13, and the outbreak would be under control by Feb 1 if the local government implemented a level II emergency response protocol, the second highest of a four-tier system.

In the future, the system will factor in traffic at customs and airports, and the effect of natural disasters on the spread of the disease to further increase projection precision, he said.

Ma Jingna in Lanzhou contributed to this story.