UK's trackers lead the way in fight against COVID-19 variants 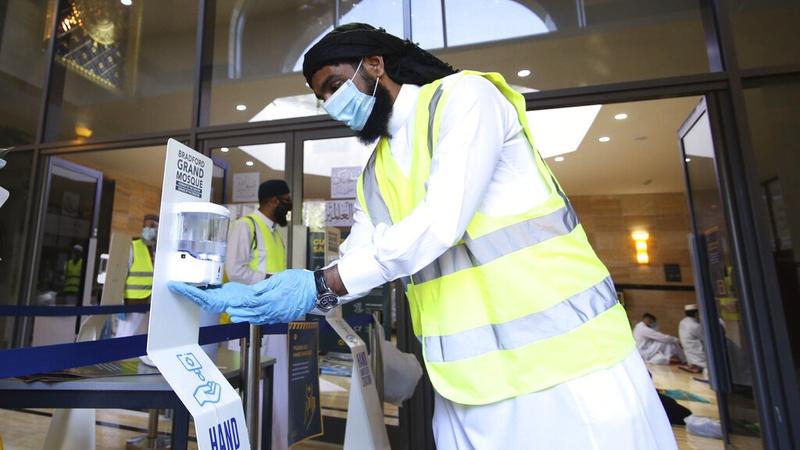 RIO DE JANEIRO / SANTIAGO / PARIS - A British project to track the evolution of the coronavirus for signs it is gaining power to spread or kill has emerged as a global model as countries step up efforts to quell the pandemic. The Covid-19 Genomics U.K. Consortium, led by University of Cambridge microbiologist Sharon Peacock, plans to expand training for everyone from lab technicians to policy makers to boost worldwide monitoring. Other countries are also racing to catch up in sequencing. “We haven’t got eyes on the virus in many parts of the world,” Peacock said.

The UK is set to create a 5 billion-pound (US$7 billion) grant program to help businesses that have been hard hit by the pandemic.

Brazil registered 1,386 COVID-19 deaths on Saturday and 61,602 additional cases, according to data released by the nation’s Health Ministry.

The South American country has suffered an enduring second wave since November, and infection rates have not begun to fall. Saturday was the fifth consecutive day Brazil registered over 1,300 deaths and 60,000 cases due to the coronavirus.

The US Food and Drug Administration (FDA) on Saturday authorized Johnson & Johnson's COVID-19 vaccine for emergency use in the United States.

It is also the first single dose COVID-19 vaccine available in the United States.

The EUA allows Johnson & Johnson's vaccine to be distributed in the United States for use in individuals 18 years of age and older, according to the FDA.

The recent sharp decline in new cases and deaths in the US appears to be leveling off, according to data compiled by Johns Hopkins University and Bloomberg. The nation added 75,194 new cases on Friday, compared with the weekly average of almost 69,000. The week-over-week decline was 6 percent, compared with a more than a 20 percent weekly drop mid-month.

A total of 23 people have been arrested following a violent protest against COVID-19 restrictions in downtown Dublin on Saturday, said police.

Three police members were injured during the incident, and one of them needed hospital treatment, said the Irish national police service in a twitter statement.

According to police and local media reports, the protest, organized by different groups, took place on Grafton Street in Dublin City Center on Saturday afternoon, involving hundreds of people.

The province of Pichincha, where the capital city of Quito is located, remains the most affected by the pandemic, according to the ministry.

Since the outbreak of the pandemic, the ministry has conducted 1,005,188 tests for COVID-19.

A total of 531 patients are currently hospitalized for complications related to COVID-19, and the health system has been under considerable strain, it added.

Undersecretary of Healthcare Networks Alberto Dougnac explained that the regions with the highest numbers of confirmed cases in the last week are Coquimbo, O'Higgins, Valparaiso, and Los Rios.

Dougnac urged citizens to continue self-care measures, as every day "we must mourn the death of more compatriots."

The Department of Health Statistics and Information reported another 76 deaths due to COVID-19, bringing the total number of deaths in the country to 20,476.

The number of people who tested positive for COVID-19 in France rose by 23,996 in the past 24 hours, according to figures released by the country's Public Health Agency on Saturday.

So far, a total of 2,917,925 people in France have been inoculated, of whom 1,560,575 have received the two doses, representing 2.33 percent of the country's population, health authorities' data showed.

As the world is struggling to contain the pandemic, vaccination is underway in some countries with the already-authorized coronavirus vaccines.

Tunisian Health Ministry on Saturday reported 651 new COVID-19 cases, raising the total number of infections in the country to 232,615.

The death toll from the virus rose by 32 to 7,974, the ministry said in a statement.

The number of hospitalized COVID-19 patients reached 1,112, including 264 in intensive care units, while the total number of recoveries reached 197,619, it added.

A total of 976,457 lab tests have been carried out in Tunisia so far, said the ministry.

Algeria on Saturday reported 155 new COVID-19 cases, bringing the total number of confirmed cases in the North African country to 112,960.

The death toll from the virus rose to 2,979 after two new fatalities were added, said the Algerian Ministry of Health in a statement.

Meanwhile, 134 more patients recovered from the disease, bringing the total number of recoveries in the country to 78,036, the statement added.

A donation of Chinese Sinopharm coronavirus vaccines arrived in Algeria on Wednesday to help the North African nation combat the pandemic.

A shipment of 800,000 doses of the Sinovac vaccine arrived at the Mexico City airport on Saturday from China, according to a statement from the Foreign Ministry press office.

France reported on Saturday 23,996 new cases, slightly less than the previous days, yet still at high levels, prompting the government to mull additional anti-COVID restrictions in specific locations, such as Paris and its region. A decision to implement measures such as local lockdowns during weekends as is currently the case in the Cote d’Azur and the Dunkirk region is expected during the coming week.

According to a statement by the Ministry of Health, the death toll mounted to 8,615 as 7 COVID-19 patients died in the last 24 hours.

The total number of recoveries from COVID-19 in Morocco increased to 468,807 after 420 new ones were added, while 433 people are in intensive care units, the statement said.

The COVID-19 fatality rate in Morocco stands at 1.8 percent while the recovery rate is 97 percent.

Meanwhile, 3,435,997 people have been vaccinated so far against COVID-19 in the country.

Cuba surpassed 100 COVID-19 related deaths in a month for the first time, the country's Ministry of Public Health reported on Saturday.

With 102 fatalities from COVID-19 so far, February has already become the deadliest month on the island since the onset of the pandemic last March, the ministry added.

The Caribbean country registered four more casualties and another 720 confirmed cases of coronavirus, taking the national counts to 318 and 49,161, respectively.

The Portuguese Ministry of Health reported on Saturday that the country's COVID-19 vaccination rollout is above the average pace in the European Union (EU).

The ministry said Portugal has administered 7.50 doses per 100 inhabitants, compared to the EU average of 6.83/100.

Two months after starting its vaccination campaign, Portugal has administered at least the first dose to 837,887 people, including 263,825  who have received the second shot.