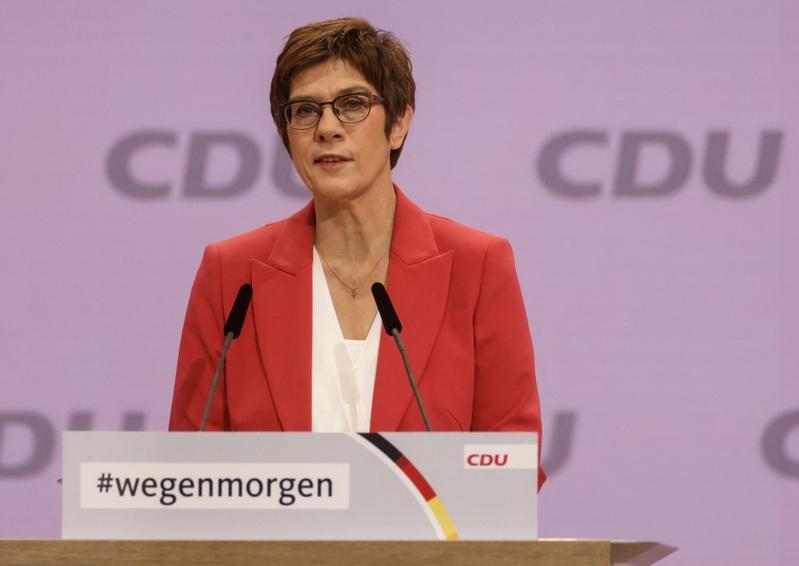 BERLIN - Germany is committed to the peace process in Afghanistan, Defense Minister Annegret Kramp-Karrenbauer said during an unannounced visit on Friday to Mazar-i-Sharif where the majority of German troops in the country are deployed.

The current parliamentary mandate for the German operation with up to 1,300 troops expires at the end of March

On Wednesday, the cabinet in Berlin gave the green light for an extension to next January of Germany’s military mission there, a move that still has to be approved by parliament.

“Afghanistan urgently needs a settlement between the opposing groups of its society,” Kramp-Karrenbauer said according to a statement, adding that Berlin’s goal remained an orderly withdrawal of troops.

The current parliamentary mandate for the German operation with up to 1,300 troops expires at the end of March while the new US government is reviewing a 2020 agreement with the Taliban which called for foreign troops to withdraw by May 1.

Kramp-Karrenbauer has warned that a premature withdrawal of NATO troops could jeopardize peace talks between the Afghan government and the Taliban and said NATO troops needed to prepare for Taliban violence should they stay beyond the end of April.