Extremism in US military top concern for key defense lawmaker 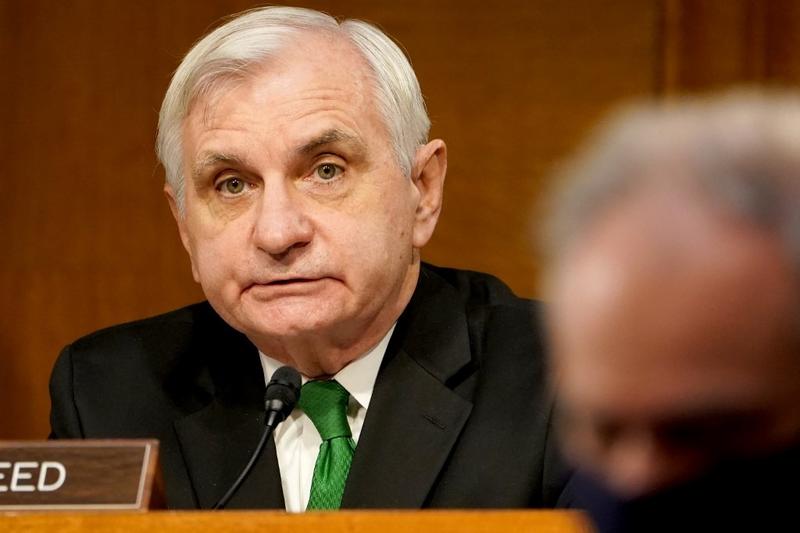 Mandatory Pentagon reports will give US congressional overseers more insight into the threat and prevalence of extremism in the military after the Capitol attack on Jan 6, the chairman of the Senate Armed Services Committee said.

Senator Jack Reed, the Rhode Island Democrat who leads the high-profile panel, said he’s “concerned” about the potential for extremism in the US military -- even if relatively few military members are gravitating toward the fringe. The Capitol assault included active-duty and former service members.

“We have to have an environment where people feel that they are doing something important for the country, that they are united,” Reed, a West Point graduate, said in an interview Monday. “They can go home at night and root for a different baseball team, but everybody is going to be rooting for the US-of-A and the Constitution.”

We have to have an environment where people feel that they (the military) are doing something important for the country, that they are united.

The fiscal 2021 defense authorization bill mandates an oversight report on extremist activity in the military due on Dec 1, said Reed. The legislation also created a new deputy inspector general’s position to carry out audits, investigations and evaluations of military personnel policies, programs and systems to ensure they address diversity priorities.

The new watchdog will also have a role in responding to white supremacist and criminal gang activity by military personnel.

Meanwhile, Defense Secretary Lloyd Austin ordered US troops to take a training day over the next several months to review policies prohibiting extremism, amid growing concerns about radicalization in the ranks.

Reed also pointed to this year’s defense authorization bill, which calls for Pentagon workplace surveys to questions about “racist, anti-Semitic, or supremacist” conduct. The Pentagon will have to present the questions and surveys to the Senate and House Armed Services committees no later than March 1.

“I really and truly believe that 99.9 percent of our service men and women believe” in the oath they’ve taken to serve in the military, Austin said at a press conference last week. While the Pentagon doesn’t have data on troops’ allegiance to extreme beliefs, Austin said that he expects that number to be small.

“I would just say that, you know, small numbers in this case can have an outsized impact,” Austin said. The Capitol riot was a “wake-up call” for the Defense Department, spokesman John Kirby said earlier this month.

“The essence of our military is dedication to the Constitution, and to defend the country and the Constitution against all enemies foreign and domestic,” Reed said in the interview. Having ”members in the military who have shown violent tendencies and disruptive tendencies to government, that is something that we should be concerned about.”