By Shen Wendi and Ma Jingna 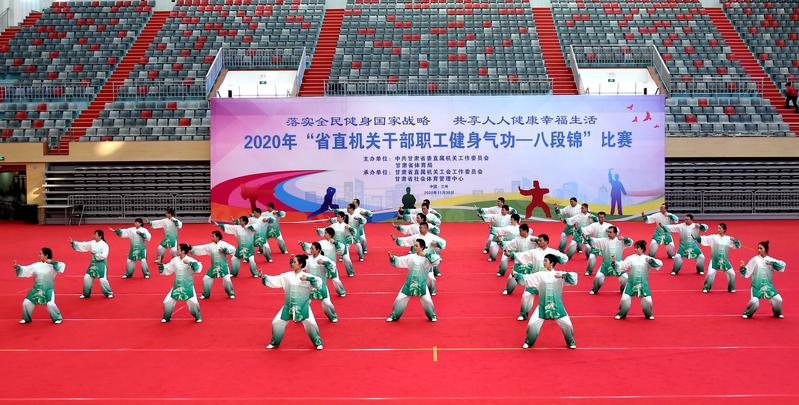 "With your fingers crossed, inhale, then slowly lift your arms above your head."

Long Jing, 66, is demonstrating a ba duan jin exercise in a video she posted on the Douyin video app.

As one of a handful of high-level professionals in Lanzhou, Gansu province, Long has been teaching ba duan jin for over 15 years. Each morning from 7 am to 8:30 am, she used to organize morning exercise sessions at the biggest square in the city, attracting 100 to 200 participants every day.

I am no longer the worrier in my family. Now I can put forward a positive contribution and make them happy. That’s what I value most and feel proud about

In the first half of 2020, however, because of the COVID-19 distancing precautions, she started to teach ba duan jin online. Her followers send her their practice videos for correction and guidance.

"It's particularly important to stay in a good mood during gloomy times. Ba duan jin is a comprehensive exercise to direct the body and the breath, and thus calm the mind. This is the way Chinese people have traditionally kept healthy," Long says.

Her viewers encompass a huge age range, from schoolchildren to an 89-year-old person.

"There're various forms of qigong, but I think ba duan jin works best for me," says one of her students, Guo Xiuzhen, 55.

Guo retired at 50, five years earlier than is usual for women, due to poor health. Before taking up ba duan jin, she was dependent on medication for relief.

Women of her age are usually the pillars of their families, as they take care of the elderly and bring up the grandchildren. But Guo was unable to do that because of her illness.

"In the past, I often felt that I was useless, as I was unable to handle either my job or housework. All I wanted to do was to retire as soon as possible and sleep. I often blamed myself, because I failed to fulfill my responsibility as a parent and a daughter," Guo says.

She started to learn ba duan jin from Long in 2016. Four years of practice has gradually enhanced both her strength and her spirits.

"Some forms of qigong are difficult as they imitate animals' postures. In comparison, the ba duan jin movements are milder and easier to follow. Otherwise, it would be impossible for me to persist. Besides, it does not occupy much time or room, and is basically free of charge."

According to people around Guo, one of the critical transformations she has undergone since she started practicing ba duan jin is she has a more positive attitude toward life.

"I used to be a terrible cook, as my appetite was so poor that I had no intention to cook at all. But as I became better both physically and mentally, I began to cook and kept making progress. I am more confident now than before."

Guo filled her fridge with fresh meat and vegetables for the recent Lunar New Year, as she was getting ready to cook the whole family a big meal for the festival.

"I am no longer the worrier in my family. Now I can put forward a positive contribution and make them happy. That's what I value most and feel proud about," she says. 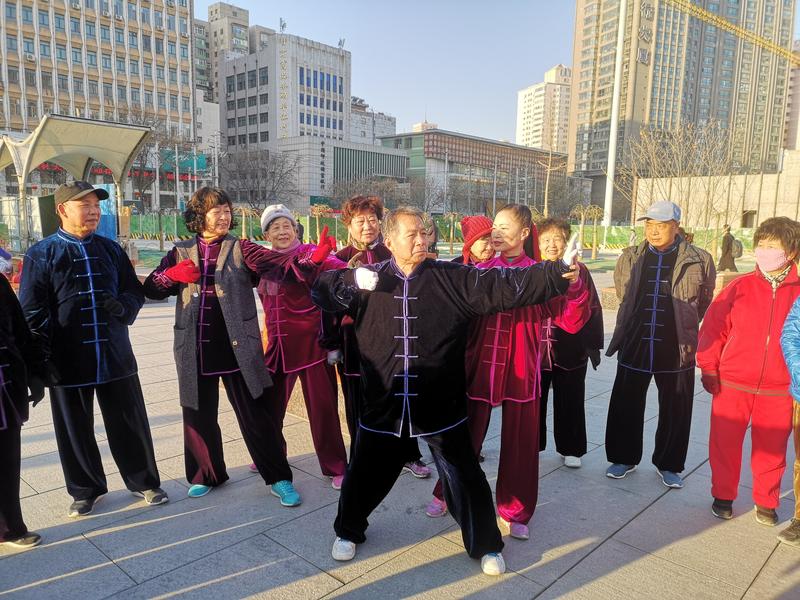 In contrast to religious or martial forms of qigong, ba duan jin is primarily intended to improve health.

It was even adopted as a therapeutic fitness regime for mild cases of COVID-19 after Zhang Boli, president of Tianjin University of Traditional Chinese Medicine and the honorary president of China Academy of Chinese Medical Sciences, recommended it as an aid to recovery for patients in the makeshift hospitals in Wuhan, capital of Hubei province, last year.

The name literally translates as "eight-section brocade" as it consists of a sequence of eight movements that strengthen the muscles, improve circulation and respiration, and boost the immune system.

Dating back to the Song Dynasty (960-1279), the movements are easy to do, effective in improving health and promoting a graceful bearing. Being one of the simplest forms of qiqong, it is also one of the most popular, especially among people aged between 45 and 60.

One set of movements only takes around six minutes to complete, and it requires as little as 1 square meter of space.

Passing on a passion

She did not know about the exercise until the 2020 Gansu Provincial Ba Duan Jin Contest in November, for which Long acted as instructor. The contest was organized jointly by the work committee of departments under the CPC Gansu Provincial Committee and the Gansu Sports Bureau.

After signing up for it, she started to receive a one-hour daily training with 29 other colleagues under professional guidance. After two weeks of practicing, she fell in love with it.

"It looks easy to learn, yet very energy-consuming, because you need to be highly concentrated. A whole set only takes a few minutes, but I sweat a lot after repeating a set several times. I feel refreshed and invigorated afterward," she says.

Her company won first prize in the contest, which encouraged her to continue practicing.

"An unexpected bonus for me is that my 'love handles' have gone. Losing weight is known to be difficult for women at my age, but I am in better shape now. So, I plan to encourage my sisters to practice with me during the Spring Festival family reunion," Zhang says.

She has also found something to strive for after retiring, as she wants to become a tutor like Long and introduce ba duan jin to more people.

Long also has a goal, which is to perfect her own ba duan jin. She is keen to collect feedback from those following her lessons and to interact with professionals and experienced practitioners based on study and comparison of the feedback she receives.

"Ba duan jin is not a rigid fitness regime. It's important to get people's reactions to the exercises and listen to their responses, so that it can be tailored more to meet modern people's needs. I think that is my responsibility and it is my passion. In my opinion, this is the true inheriting of a treasure of Chinese culture," She says.

Ba duan jin has been included as one of the six qigong events open to public participation at the ninth Gansu Provincial Games to be held in August.