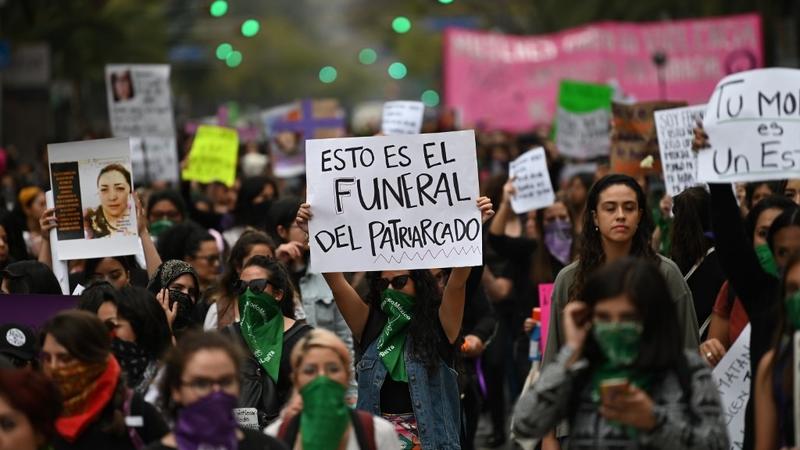 US House of Representatives Speaker Nancy Pelosi joined Asian, black and Hispanic leaders in Congress on Friday to denounce a spike in anti-Asian hate crimes across the United States in recent weeks. They are pushing for a stronger government response.

The lawmakers called on Congress to pass legislation to provide Department of Justice grants to state and local governments to improve the reporting of hate crimes and provide greater support to victims, and to hold hearings on the rise in incidents.

They also said they have requested a meeting with officials of the Justice Department to check on enforcement actions, including progress on investigations into such crimes, and ways to engage with the Asian-American community.

As we celebrate the Lunar New Year, a source of joy, it's also a source of pain for us at this time.

Pelosi said that white supremacy is part of what has inspired the attacks and is "the biggest bucket of concern when it comes to domestic terrorism".

"As we celebrate the Lunar New Year, a source of joy, it's also a source of pain for us at this time," Pelosi said in a video conference with the leaders of the Congressional Asian Pacific American Caucus, the Black Caucus and the Hispanic Caucus.

California Representative Barbara Lee cited statistics from a center dedicated to ending hate incidents and bigotry against Asian Americans, problems that have been worsened by the pandemic. Stop AAPI Hate found there have been nearly 3,000 incidents of anti-Asian discrimination since March last year, she said.

There has been a wave of verbal and physical attacks on members of the Asian American and Pacific Islander community over the past 12 months, the center found. In recent weeks, the assaults have become more violent.

On Jan 28, Vicha Ratanapakdee, 84, was out for his daily walk in San Francisco when a man sprinted across the street and shoved him. Ratanapakdee's head struck the ground and he later died.

Days later in Oakland, California, a man shoved a 91-year-old Asian-American man to the ground, then pushed a 60-year-old man and a 55-year-old woman. Volunteers are now escorting older Asians around the community.

Earlier this month, Noel Quintana, a 61-year-old Filipino American, was slashed across his face by another man while he was on his way to work on the New York subway.

"What is happening is a complete and total disgrace," said New York Representative Hakeem Jeffries, the Democratic Caucus chairman and a member of the Black Caucus.

Chu and the lawmakers called for Congress to take action to pass legislation known as the No Hate Act, which would provide grants to improve hate-crime reporting.