Pakistani envoy: US should consult Taliban on any pullout delay 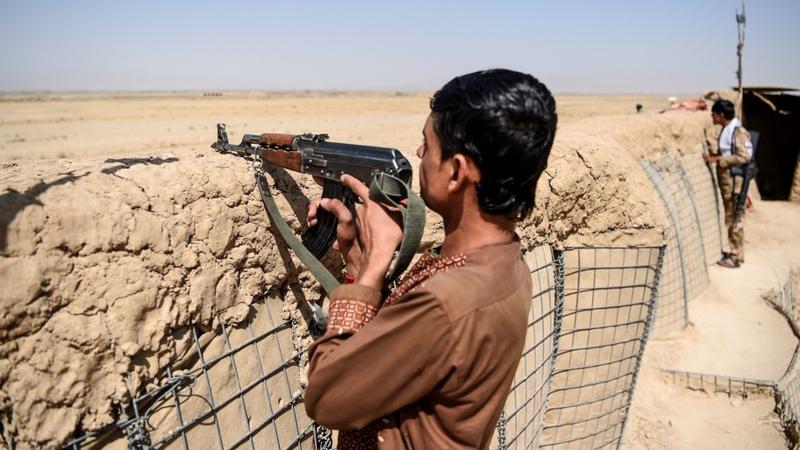 In this photo taken on Sept 27, 2020, a policeman keeps watch at an outpost set up against Taliban fighters at Aziz Abad village in Maiwand district of Kandahar province. (PHOTO / AFP)

WASHINGTON - The United States should consult the Taliban on any extension of a May 1 deadline for a full US troop pullout from Afghanistan and should not decide unilaterally, the Pakistani ambassador to the United States said on Friday.

Ambassador Asad Majeed Khan’s comments come as the Biden administration conducts a review of a February 2020 deal with the Taliban that is expected to determine whether it will meet the deadline to withdraw the last US soldiers from America’s longest war.

US and European officials say the Taliban have not fulfilled commitments they made in the accord and that conditions are not conducive to advancing the peace process amid a surge in violence blamed on the insurgents.

The Taliban, seeking to reimpose Islamic rule in Afghanistan after their 2001 ouster at the hands of US-led troops, deny the charges and indicate they will resume attacks on US and allied troops unless the May deadline is kept.

Khan told an online forum sponsored by the Stimson Center that US officials should consult the Taliban before deciding whether to maintain the last 2,500 US troops in Afghanistan.

“That is where the process should start,” Khan said. “To present this as a fait accompli, I think, will only create difficulty.”

ALSO READ: As US warns on withdrawal, data shows Taliban attacks climb in 2020

Khan’s comments were significant as Pakistan, which helped facilitate the US-Taliban negotiations in Doha that clinched the February 2020 deal, wields considerable influence with the insurgents.

The insurgents have sanctuaries in Pakistan, whose main military-run intelligence service gives them support, according to US and Afghan officials. Pakistan denies the allegation.

“If there is strong justification and reasoning to have an extension for logistical or other reasons, the parties have overcome difficulties ... before in terms of reaching common ground,” Khan said. “It’s really also a question of the credibility of the United States.”