As US warns on withdrawal, data shows Taliban attacks climb in 2020 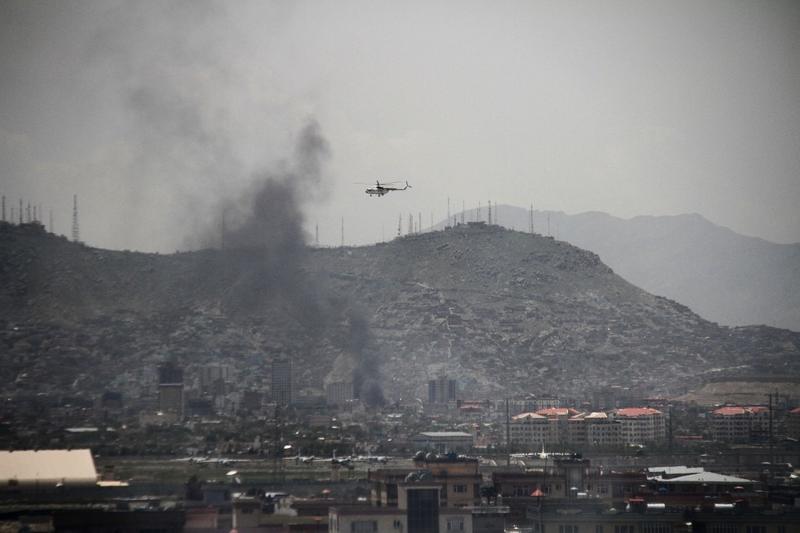 Smoke billows from a building during an ongoing attack by Taliban militants on a compound housing and international aid organization in Kabul on May 8, 2019. (PHOTO / AFP)

WASHINGTON - The number of attacks in Afghanistan by the Taliban in the last quarter of 2020 were higher than the same period the year before, a US watchdog agency said on Monday, after recent accusations by President Joe Biden’s administration that the Taliban has failed to live up to commitments needed for a US withdrawal.

The February 2020 agreement between the Taliban and the United States calls for a complete withdrawal of US troops by May 2021 in return for the insurgents fulfilling security guarantees.

The Special Inspector General for Afghanistan Reconstruction, or SIGAR, said in a report that the US military had reported that “enemy initiated attacks” between October and December 2020 were higher than those in the same period in 2019

While Biden has not formally changed the May deadline, officials have said the Taliban has not been living up to its commitments under the deal and the deadline is likely to be extended.

The Special Inspector General for Afghanistan Reconstruction, or SIGAR, said in a report that the US military had reported that “enemy initiated attacks” between October and December 2020 were higher than those in the same period in 2019.

In particular, there was an increase in attacks in the capital city of Kabul.

“US Forces-Afghanistan said this quarter enemy attacks in Kabul were higher than they were last quarter, and ‘much higher’ than in the same quarter a year prior,” the report said.

It added that despite the violence, casualties this quarter were down 14 percent compared with the previous quarter and down 5 percent in 2020 compared with 2019.

An Afghan peace ministry official suffered light injuries in a bomb blast in Kabul on Monday.

ALSO READ: US, Taliban close to deal as fighting intensifies

The Taliban and the Afghan government have been negotiating in Qatar to reach a peace deal. Those talks resumed in January after an almost month-long break, but negotiators and diplomats say there has since been little progress.

Reuters reported on Sunday that international troops plan to stay in Afghanistan beyond the May deadline, a move that could escalate tensions with the Taliban demanding full withdrawal.