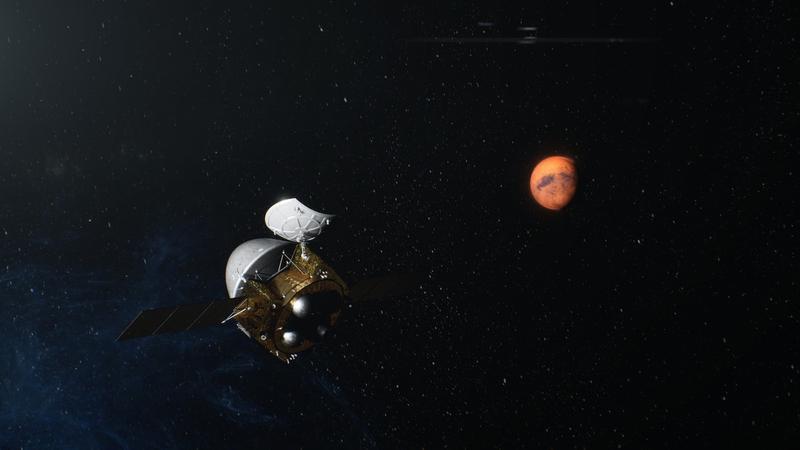 The spacecraft activated its 3,000-Newton-thrust orbital-control engine at 5 pm to enter a polar orbit about 265 kilometers above the planet, the administration said in a brief statement.

The 5-metric ton probe, which consists of an orbiter and landing capsule, flew for 202 days and about 475 million km on its journey to Mars

Next, the probe will carry out several orbital adjustments to move into a parking orbit, according to the statement.

In the parking orbit, it will make observations and investigate the landing site.

Before the latest maneuver,Tianwen 1 was traveling in an elliptical orbit about 400 km above Mars after its arrival in the planet's gravitational field on Wednesday night, becoming the first Chinese spacecraft to reach the red planet. It is now around 192 million km from Earth.

The 5-metric ton probe, which consists of an orbiter and landing capsule, flew for 202 days and about 475 million km on its journey to Mars. The average flight speed was about 100,000 kilometers per hour.

During its journey, the spacecraft conducted four midcourse corrections and a deep-space orbital maneuver to make sure it was always aimed precisely at Mars.

Tianwen 1 is the world's 46th Mars exploration mission since October 1960, when the Soviet Union launched the first Mars-bound spacecraft. Only 18 of those missions were successful.

If Tianwen 1 fulfills all of its three objectives－orbiting Mars for comprehensive observation, landing on the planet's surface and deploying its rover to conduct scientific operations－it will become the world's first Mars expedition accomplishing all three goals with one probe, mission scientists previously said.

Meaning "quest for heavenly truth" in Chinese, Tianwen is named after a long poem written by famous ancient poet Qu Yuan of the Kingdom of Chu during the Warring States Period (475-221 BC). He is known for his patriotism and contributions to classical poetry, especially through poems in the anthology Chu Ci, or Songs of Chu.

Naming the mission after the poem was intended to show China's determination to explore deep space and to implant the love of science in young people, the space administration said.