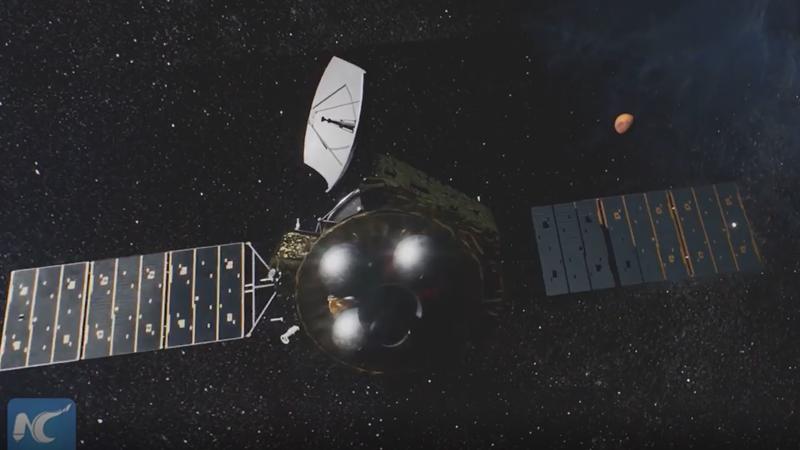 China's Tianwen 1 probe, including an orbiter, a lander and a rover, successfully entered the orbit around Mars on Wednesday after a nearly seven-month voyage from Earth.

The video fully recorded Mars gradually entering the field of view, the slight vibration of the probe after the engine was ignited, and the probe's flight from Mars day to Mars night. The solar wing, directional antenna, Martian atmosphere, and surface morphology are visible in the video.

The CNSA said that Tianwen 1 sends blessings from distant Mars on the occasion of the Chinese Lunar New Year.

According to the CNSA, the video was made from the fast playback of still images at a rate of 10 frames per second. The images were taken by surveillance cameras on the solar wing and directional antenna. The cameras took images every three seconds for about 30 minutes.

Tianwen 1 has a monitoring system consisting of multiple small cameras with low energy consumption. The cameras, installed on solar wings, directional antennas, and the lander-rover combination, can automatically take deep-space selfies, as well as images of the deployment of antennas and solar wings, and of key maneuvering processes, without ground command control.

The CNSA said the cameras would continue monitoring and recording Tianwen 1's exploration of Mars.