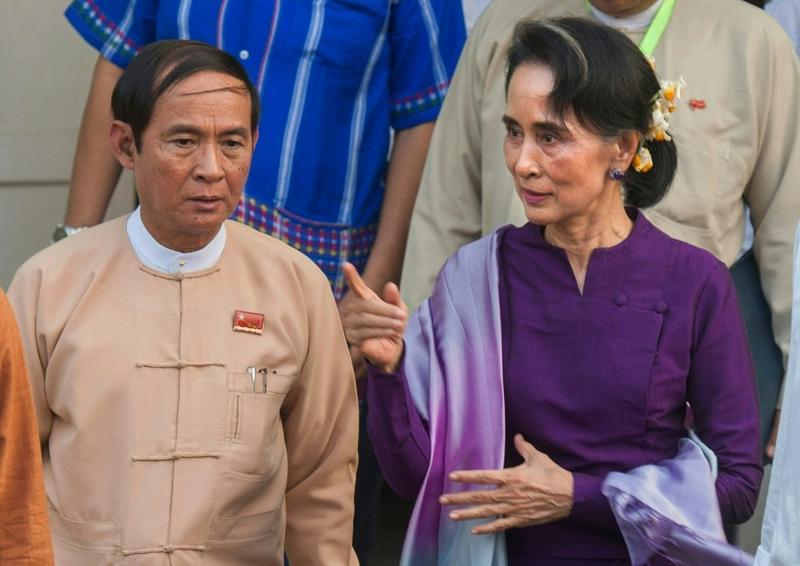 YANGON - Myanmar President Win Myint and State Counsellor Aung San Suu Kyi have been charged by the police and will be remanded in custody until Feb 15, a National League for Democracy (NLD) official confirmed on Wednesday.

Police charged Win Myint under the National Disaster Management Law and State Counsellor Suu Kyi under the Export and Import Law, Kyi Toe, an information committee member of the party, said on his social media account.

Police documents showed that Win Myint and his family met people on the NLD's campaign trail on Sept 20 last year ahead of the November general elections. He was charged with breaching COVID-19 related measures under the Natural Disaster Management Law.

Suu Kyi was charged under the Export and Import Law as hand-held radios that were illegally imported and used without permission were found at her residence in the capital city of Naypyitaw.

Police requested the court to order the detention of the two leaders for 15 days from Feb 1 to 15, saying that they needed "to question the witnesses, request evidence and legal counsel".

The president and state counselor, along with other NLD officials, were detained by the military early Monday.

The NLD posted a statement on its social media page on Wednesday, demanding the release of the detained leaders. They also called on the military to acknowledge the results of the 2020 general elections and stop hindering the process of convening the third parliamentary session.