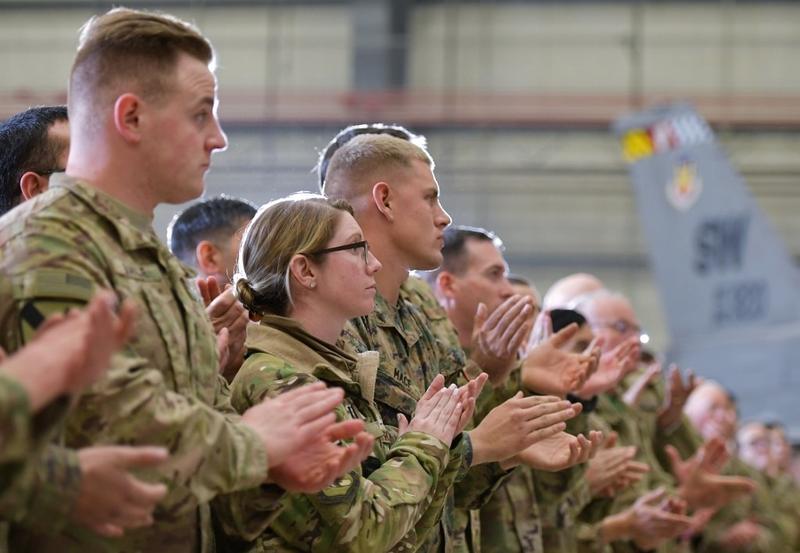 Troops applaud as then US vice-president Mike Pence speaks in a hangar at Bagram Air Field in Afghanistan on Dec 21, 2017. (MANDEL NGAN / POOL / AFP)

WASHINGTON - The United States will review the peace agreement reached with the Taliban last year, White House national security adviser Jake Sullivan told his Afghan counterpart in a phone call on Friday, according to a White House statement.

Under a February 2020 deal between the United States and the Taliban, US forces are to leave Afghanistan by May 2021 in exchange for counter-terrorism guarantees.

Under a February 2020 deal between the United States and the Taliban, US forces are to leave Afghanistan by May 2021 in exchange for counter-terrorism guarantees

Last week the number of US troops in Afghanistan went down to 2,500, the lowest level of American forces there since 2001.

But violence levels in Afghanistan have surged, hastening international calls for a ceasefire between the Afghan government and the Taliban.

The representatives of the two sides met earlier this month for a first session in a second round of peace talks, where contentious issues such as a ceasefire and power-sharing were expected to be discussed.

ALSO READ: US will keep 2 larger Afghan bases after drawdown to 2,500

Sullivan told Afghan national security adviser Hamdullah Mohib that the review would assess “whether the Taliban was living up to its commitments to cut ties with terrorist groups, to reduce violence in Afghanistan, and to engage in meaningful negotiations with the Afghan government and other stakeholders,” the statement said.

The White House statement said Sullivan underscored that the US will support the peace process with “a robust and regional diplomatic effort,” which will aim to help the two sides achieve a durable and just political settlement and permanent ceasefire.