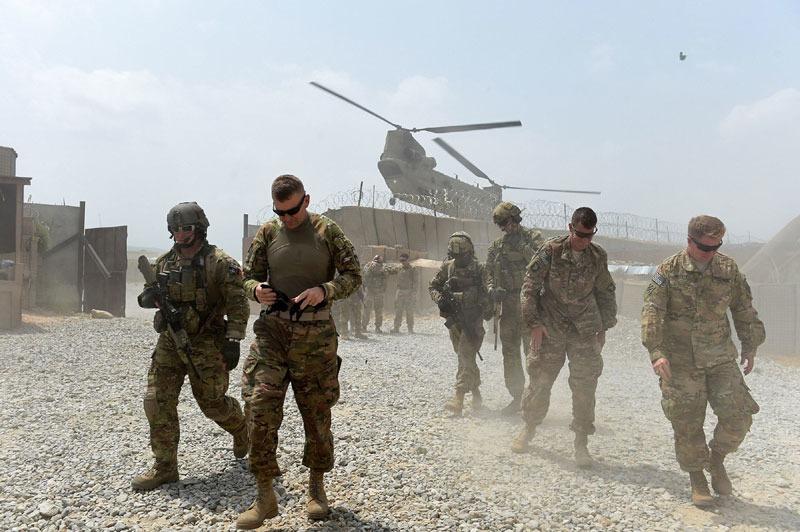 The Taliban has called on President-elect Joe Biden to honor a US agreement to withdraw all American forces from Afghanistan by May in order to secure intra-Afghan peace talks and end the two-decade-long war.

“Steps must now be taken to end the war, not to prolong it, and the agreement was made for the purpose,” Mohammad Naeem, a senior spokesman in the Taliban’s political office in Doha, said on Monday, referring to their accord with the US signed last February which paves the way for a complete withdrawal of American troops by May in exchange for Taliban security guarantees. “The lack of complete implementation of the agreement can affect the ongoing process of negotiations,” he added.

Steps must now be taken to end the war, not to prolong it, and the agreement was made for the purpose.

The call from the insurgent group comes just days after the US reduced its troop levels from 4,500 to 2,500 at President Donald Trump’s direction, despite opposition from both Republican and Democrat lawmakers who’ve warned of the potential impact on counter-terrorism operations. Naeem cheered the reduction on Twitter, saying the move was a “good advancement.”

While it’s unclear whether Biden will withdraw all US troops by the May deadline, his nominee for national security adviser, Jake Sullivan, told CNN early this month the new administration would support “diplomacy” with the Taliban, urging the insurgent group to cut ties with Al-Qaeda and other terrorist organizations, ensure a reduction in violence and participate in “good-faith negotiations” with the Afghan government.

The Biden transition team declined to weigh in.

Andrew Watkins, a senior analyst with International Crisis Group, said the May 1 troop withdrawal deadline is the biggest early challenge for the peace process and the most urgent decision for the incoming Biden team.

“If the Biden administration ignores the deadline set down in the US-Taliban agreement without discussing and clearing a delay with the insurgents, the Taliban will almost certainly respond by escalating their use of force - either via attacks on population centers, facilities housing international troops or both,” Watkins said Monday.

A reduction in US troops - who provide air support to Afghan forces - won’t affect the ability of Afghan forces to push back against the Taliban, according to a spokesman for the country’s National Security Council, Rahmatullah Andar.

The Afghan government and Taliban resumed negotiations in early January under the shadow of a series of targeted killings of journalists, government employees and independent human rights advocates. In the latest unclaimed gun attack in the capital Kabul, two female Supreme Court judges were killed on Sunday on their way to work, according to a statement from the country’s Presidential Palace.

ALSO READ: US, Taliban reach deal that could lead to US troop withdrawal

The new wave of violence has created an unprecedented level of fear and anxiety among Afghans and forced some prominent local journalists to flee the country. Since November, five journalists have been killed in targeted attacks and two others died in Kabul from unknown causes. Afghan President Ashraf Ghani and the US have blamed Taliban for the killings, which the group denies.

Attempting to end the bloodshed, Ghani’s negotiating team is pushing harder for a ceasefire agreement first before negotiating other key agenda items - including a power-sharing deal - with the Taliban. However, the group wants to declare a ceasefire in the final stages of the talks.

“The Taliban should understand that such actions for which it bears responsibility outrage the world and must cease if peace is to come to Afghanistan,” US ambassador in Kabul, Ross Wilson, said on Twitter Sunday, condemning the attacks on the female judges.