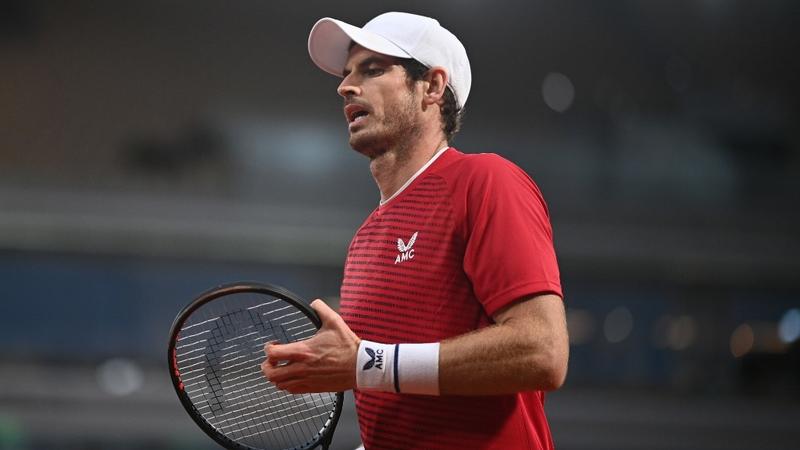 LONDON - Former world number one Andy Murray said he was "gutted" after deciding to withdraw from next month’s Australian Open following a positive test for COVID-19 earlier this month.

The 33-year-old Murray, a wildcard, confirmed last Thursday that he had tested positive for the virus and was in self-isolation at his home near London.

That meant he was unable to take one of the charter flights laid on by Australian Open organizers, leaving him facing a race to be able to arrive in time to complete the mandatory 14-day quarantine period as per health protocols.

We’ve been in constant dialogue... to try and find a solution which would allow some form of workable quarantine, but we couldn’t make it work.

“Gutted to share that I won’t be flying out to Australia to compete at the Australian Open,” Murray was quoted as saying by British media on Friday.

“We’ve been in constant dialogue... to try and find a solution which would allow some form of workable quarantine, but we couldn’t make it work.”

Even if Murray had managed to arrive in time he would have faced going into the event with minimal time to practice.

“I want to thank everyone there for their efforts. I’m devastated not to be playing out in Australia. It’s a country and tournament that I love,” the Briton added.

It is another blow to the five-time Australian Open runner-up who last played at the tournament in 2019.

On that occasion, after a first-round defeat by Spaniard Roberto Bautista Agut, he received an emotional farewell on the court as it appeared his career was coming to a close because of a long-standing hip injury.

After another surgery, however, Murray returned to the Tour later in 2019 and even claimed a title in Antwerp.

Last year, he played only seven Tour-level matches because of more injuries and the disruption caused by the pandemic - ending his season in October after a pelvic problem.

The three-time Grand Slam champion, currently ranked 123rd in the world, had pulled out of the season-opening Delray Beach Open in Florida earlier this month to reduce the risk of contracting COVID-19.

Seventy two players are currently confined to their rooms in Melbourne after they travelled on three flights where positive cases were found on arrival.

The tournament is scheduled to start on Feb 8, three weeks later than usual.