Murray a doubt for Australian Open after testing positive for virus 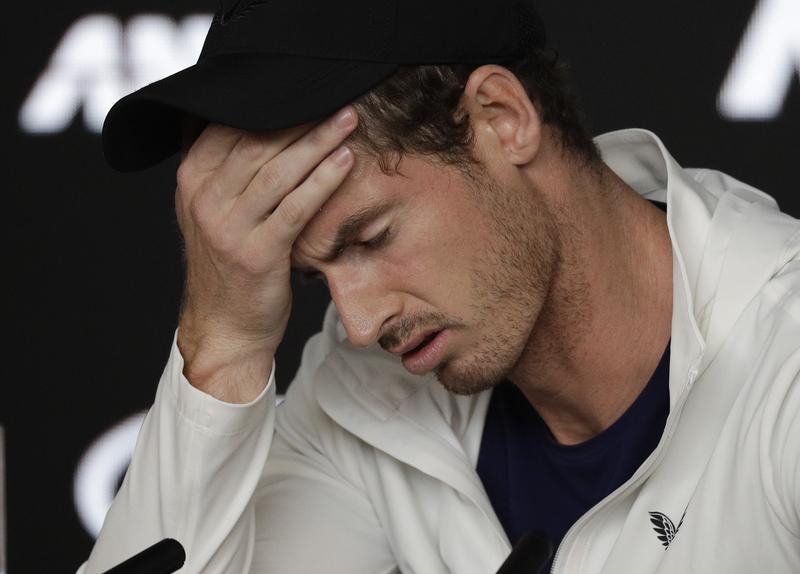 In this Jan 15, 2019 photo Britain's Andy Murray reacts during a press conference following his first round loss to Spain's Roberto Bautista Agut at the Australian Open tennis championships in Melbourne, Australia. (PHOTO / AP)

Britain’s former world number one Andy Murray is doubtful for next month’s Australian Open after organisers confirmed on Thursday that he has tested positive for the new coronavirus.

Murray, 33, was awarded a wildcard by organizers to play in the main draw of the year’s first Grand Slam in Melbourne.

“Andy Murray has advised that he has tested positive for COVID-19 and is isolating at home in the UK,” Tennis Australia said in a statement.

“Unfortunately this means he will be unable to join the official AO charter flights arriving in Australia in the coming days to go through the quarantine period with the other players.

“The AO fans love Andy, and we know how much he loves competing here in Melbourne and how hard he’d worked for this opportunity.”

Murray, 33, was awarded a wildcard by organizers to play in the main draw of the year’s first Grand Slam in Melbourne

British media reported that Murray was in good health and still hoped to compete at Melbourne Park in the hardcourt major, which has been pushed back three weeks and will start on Feb. 8 due to strict pandemic health measures in Australia.

However, even if Murray recovers soon it will be difficult for him to make it to Australia later as players and officials must arrive during a 36-hour window from Thursday and then serve a mandatory isolation of 14 days as per health protocols.

The players, who will be allowed to spend five hours outside their rooms during quarantine for training purposes and will be tested daily for the virus, will then play warm-up events at Melbourne Park from Jan. 31 before the Australian Open starts.

The first batch of players and their support staff landed in Melbourne on Thursday while top players, including Novak Djokovic, Rafa Nadal and Serena Williams, arrived in Adelaide where they will isolate before playing an exhibition event.

Three-time Grand Slam champion Murray, currently ranked 123rd in the world, had pulled out of the season-opening Delray Beach Open in Florida earlier this month to reduce the risk of contracting COVID-19.

He had hip resurfacing surgery in early 2019 but made his comeback to win the Antwerp title nine months later.

Murray missed most of the 2020 season due to complications with his hip and struggled for form on his return after the COVID-19 hiatus, suffering a second-round defeat in the U.S. Open before falling in the opening round at Roland Garros.