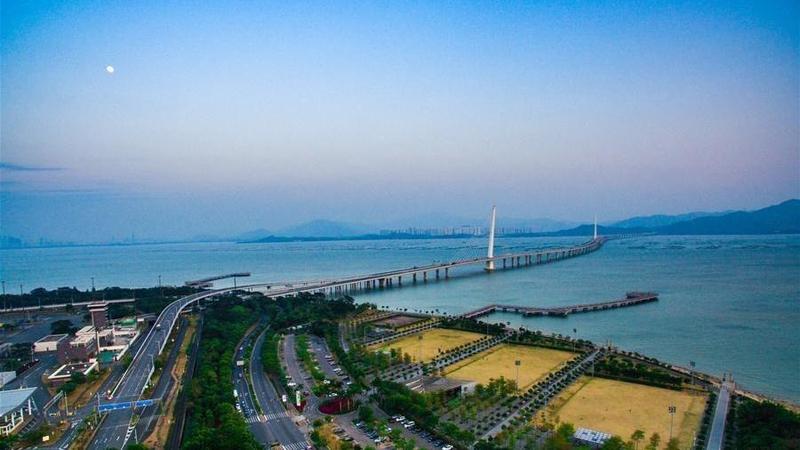 In order to further promote the development of technology in the Guangdong-Hong Kong- Macao Greater Bay Area, Hong Kong and Shenzhen must seek deeper cooperation, according to industry experts and academics who spoke at a seminar held by the Hong Kong Coalition on Friday.

Representatives from governments, research institutions and universities called for substantial collaboration and discussed plausible approaches to cooperation. Discussion of the approach “researching in Hong Kong and commercialization in Shenzhen” was the highlight of the seminar.

Former Hong Kong chief executive Leung Chun-ying said Hong Kong and Shenzhen are two successful and unique cities with their own respective specialties. The neighboring cities are made for each other regarding mutual cooperation, he said.

“Scientific research capacity in Hong Kong’s universities is strong. The question remains whether the technology could be transformed into products”, said Albert Wong Hak-keung, CEO of Hong Kong Science and Technology Parks Corp. Wong said he believes the next step for Hong Kong is to utilize and commercialize its scientific capability through cooperation within the Bay Area.

Former Hong Kong chief executive Leung Chun-ying said Hong Kong and Shenzhen are two successful and unique cities with their own respective specialties. The neighboring cities are made for each other regarding mutual cooperation, he said

Neil Shen, founding and managing Partner of Sequoia Capital China, said the efficiency of resource allocation in Hong Kong is limited by the land size, whereas Shenzhen has fostered a successful technology industry with a mature mechanism.

Within the framework of the Bay Area agreement, progress has been made in various areas recently. However, challenges and obstacles remain to hinder further advancements of comprehensive cooperation, the seminar speakers said.

“We noticed some problems such as the inconsistency in technology regulations and standard between Hong Kong and Shenzhen”, said Dai Beifang, a member of the Chinese People’s Political Consultative Conference and former president of the Shenzhen Municipal Committee of the CPPCC. Dai said the obstacles in capital flow, experimental facilities exchanges, and talent flow between Hong Kong and Shenzhen continues to limit the depth of cooperation between the two cities.

Hong Kong and Shenzhen are the two leading engines of the Bay Area, which is home to over 72 million people and has a combined GDP of US$1.68 trillion. Another edge of the GBA is its land scale which is more than 1.5 times the size of the Tokyo Bay Area and 2.5 times that of the San Francisco Bay Area.

“The Greater Bay Area is going to be the fastest developing region in human history. We should look ahead 20 years from now when making decisions,” said Professor Xu Yangsheng, academician at the Chinese Academy of Engineering, and the president of The Chinese University of Hong Kong, Shenzhen.