By Zhao Huanxin in Washington and Chen Yingqun in Beijing 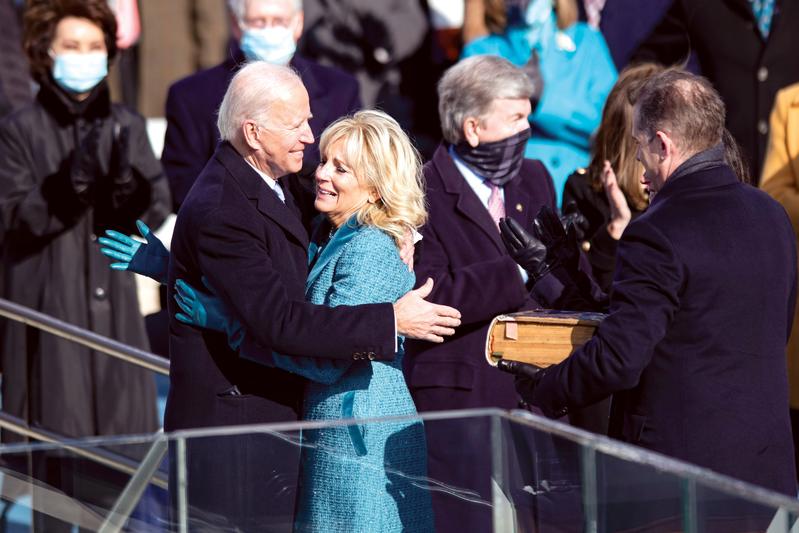 The China-US relationship is likely to start a new chapter marked by more stability and constructiveness after Joe Biden enters the White House, as the new US president seems more pragmatic and advocates cooperation, analysts said.

Biden, 78, took the oath of office on Jan 20 as the 46th president of the United States, with three former US presidents — but not Biden’s predecessor, Donald Trump — attending the ceremony. Trump, in a farewell speech on Jan 20, touted his legacy and wished luck to the next administration without mentioning Biden.

The transition of power, and signals sent out recently by Biden and his team, enable analysts to say there is reason for hope that positive changes will occur in the China-US relationship.

Chinese Foreign Ministry spokeswoman Hua Chunying said in Beijing on Jan 20 that China always believes that a sound China-US relationship serves the fundamental interests of the two peoples and is also the common aspiration of the international community. Despite differences, China and the US share broad common interests and room for cooperation, and they shoulder special responsibilities for world peace and development.

She said she hoped that the new US administration will work with China to step up dialogue, manage differences, expand cooperation and bring China-US relations back on the right track as soon as possible.

Earlier, Chinese State Councilor and Foreign Minister Wang Yi pointed to the COVID-19 response, economic recovery from the pandemic and climate change as three potential areas of cooperation between Beijing and Washington.

Wang identified the prospective areas of cooperation as he urged leading officials in the two biggest economies “to restart dialogues and return bilateral relations to the right track”.

The foreign minister’s address was heard in a webcast hosted by the US Asia Society, a New York-based think tank, on Dec 18.

Wang, in outlining a framework for improving Sino-US ties, said the countries have ample space for cooperation in the COVID-19 response, economic recovery and climate change. The two countries could also enhance their cooperation in diagnostic and therapeutic experience, production of personal protective equipment, and vaccine research, manufacturing and distribution, Wang said.

The diplomat said China welcomes Biden’s pledge to bring the US back to the Paris Agreement on climate change after he takes office. China is also ready to work with the US to strengthen dialogue on macroeconomic matters and contribute to global growth.

Xu Liping, a researcher at the National Institute of International Strategy of the Chinese Academy of Social Sciences, said that Trump has pushed the China-US relationship into a lose-lose situation. Even in the last month of his term, Trump issued radical policies targeting China that are not in line with US interests.

“Biden is likely to correct these policies, pushing bilateral ties in a more rational direction,” he said. “While competition will continue to exist between the two countries, cooperation will also be needed in a wide range of sectors including trade and climate change.”

Xu said that the Biden administration should restore communication channels with China, resume negotiations over bilateral economic and trade issues, reduce conflicts and strengthen cooperation in dealing with global issues.

Diao Daming, an associate professor of international relations at Renmin University of China, said that as an experienced politician, Biden has witnessed the ups and downs of the China-US relationship over the past few decades.

“Biden’s overall attitude toward China has been pragmatic and rational, which means cooperation in areas with mutual benefits, such as people-to-people exchanges and trade cooperation, are likely to recover.”

However, Diao said, the US faces difficulties domestically that have pushed the government to readjust its views toward the outside world and its diplomatic policies, which will not be easy to change.

“There may not be substantial changes in Sino-US relations soon, but we can still expect them to be more stable, constructive and dialogue-oriented,” he said.

A foreign ministry spokesperson announced on Jan 21 that China has decided to sanction 28 persons who have seriously violated China’s sovereignty and who have been mainly responsible for a series of US moves on China-related issues.

“These individuals and their immediate family members are prohibited from entering the mainland, Hong Kong and Macao of China. They and companies and institutions associated with them are also restricted from doing business with China,” the spokesperson said.

Some anti-China politicians in the US, out of selfish political interests, prejudice and hatred against China and showing no regard for the interests of the Chinese and American people, have planned, promoted and executed crazy moves which have gravely interfered in China’s internal affairs, undermined China’s interests, offended the Chinese people, and seriously disrupted China-US relations, the Foreign Ministry said.

Liu Yinmeng in Los Angeles contributed to the story.