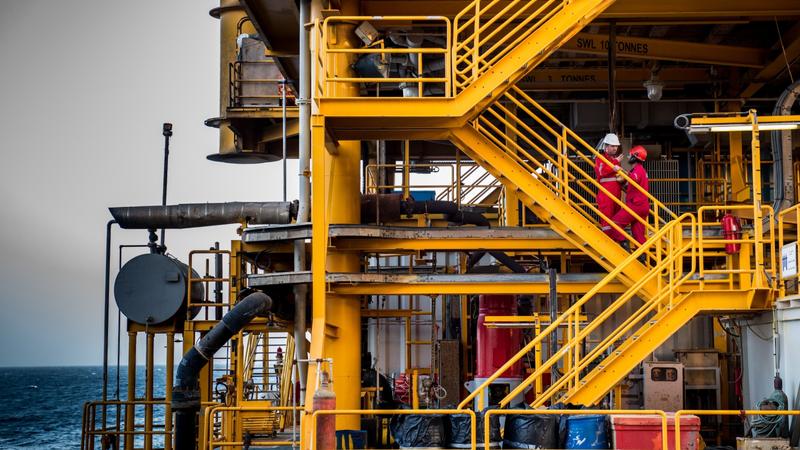 In this Jan 5, 2017 file photo, workers stand on a stairway aboard an offshore oil platform in the Persian Gulf's Salman Oil Field, operated by the National Iranian Offshore Oil Co, near Lavan island, Iran. (PHOTO / BLOOMBERG)

India is hoping US President Joe Biden’s administration will take a softer line against adversaries Iran and Venezuela, enabling the world’s third-largest oil importer to diversify its sources of crude.

The country would be happy if the number of oil-producing nations rise, Oil Minister Dharmendra Pradhan said in an interview on Bloomberg TV, reiterating comments that he made last month. “Some geopolitical changes are there,” he said. “Let us wait for how things unfold.”

India halted imports from Iran, previously its third-largest oil supplier, in mid-2019 after the expiration of US exemptions from sanctions

The South Asian economy is heavily reliant on energy imports and its refiners struggled to cope as the White House’s aggressive foreign policy over the last few years restricted access to Iranian and Venezuelan oil. Pradhan also expressed his exasperation with Saudi Arabia, after the de-facto leader of OPEC announced unilateral output cuts in response to a resurgence in COVID-19.

The sudden change in production policy has made economic planning more difficult and will add to inflation, he said. “We never expect low oil prices. But it should not be a knee-jerk reaction.”

India halted imports from Iran, previously its third-largest oil supplier, in mid-2019 after the expiration of US exemptions from sanctions.

It purchased 7.65 million tons of Venezuelan crude from January to October last year, compared with 15.9 million tons in 2019.