Iran sets out ambitions to hike oil production next year 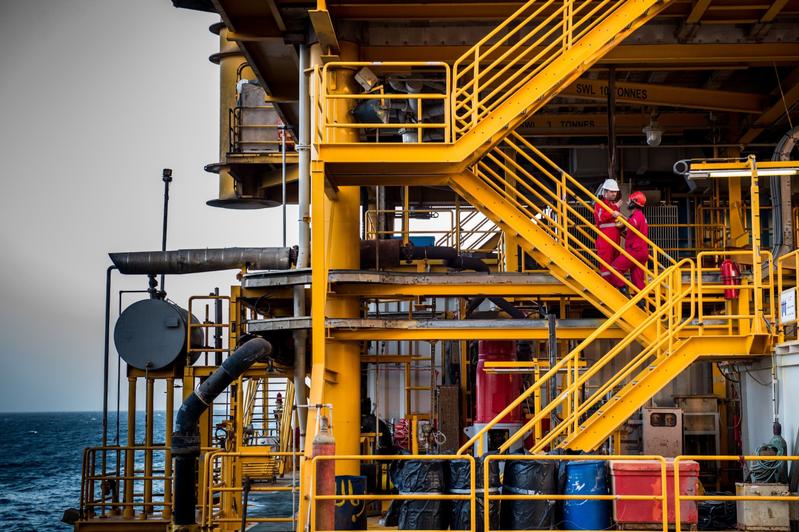 Workers work on a stairway aboard an offshore oil platform in the Persian Gulf's Salman Oil Field, operated by the National Iranian Offshore Oil Co, near Lavan island, Iran, on Jan 5 2017. (PHOTO / BLOOMBERG)

Iran said it planned to roughly double oil production in the next year, as the country anticipates a loosening of US sanctions after Joe Biden becomes president.

Oil Minister Bijan Namdar Zanganeh told lawmakers on Saturday the government aims to pump 4.5 million barrels a day of oil and gas condensate, which is a liquid form of natural gas, during the next Iranian calendar year beginning on March 21, the state-run Islamic Republic News Agency reported.

Zanganeh also said Iran will increase oil exports to 2.3 million barrels a day provided that the US eases sanctions on the energy sector, IRNA reported, citing Jafar Qaderi, a parliamentarian who sits on the budgetary affairs commission.

Zanganeh also said Iran will increase oil exports to 2.3 million barrels a day provided that the US eases sanctions on the energy sector, IRNA reported

The projected exports are expected to cover 25 percent of Iran’s budget for the year ending March 2022, Qaderi said, a sign the government is planning to reduce its dependence on income from oil.

Iran’s crude production has almost halved to 1.9 million barrels a day since US President Donald Trump withdrew from a nuclear deal with the Islamic Republic in 2018 and tightened sanctions.

Exports, as high as 2.6 million barrels a day three years ago, have dropped to just 133,000, according to data compiled by Bloomberg.

Extra exports from Iran would cause problems for OPEC+, which is trying to keep output down and bolster prices in the face of the coronavirus pandemic. While Iran is an OPEC+ member, the cartel has exempted it from production cuts due to the sanctions and its economic hardship.

Biden, who is scheduled to be sworn in as president on Jan 20, has signaled he wants to bring the US back into the accord that was brokered when he was vice president under Barack Obama.

Still, some traders doubt Washington will be inclined to allow more Iranian exports at a time when oil demand is constrained by the virus.

“I am not of the view that we are going to see too much Iranian oil in the market” in 2021, Mike Muller, the head of Asia for Vitol, the world’s biggest independent oil trader, said in an interview Sunday with Dubai-based consultant Gulf Intelligence.

“It’s just not a priority” for the US to ease sanctions, he said, “unless fundamentals get so tight that the market calls for it and it seems like the right thing to do.”