Iran's Rouhani says 'ball in US court' over nuclear dispute 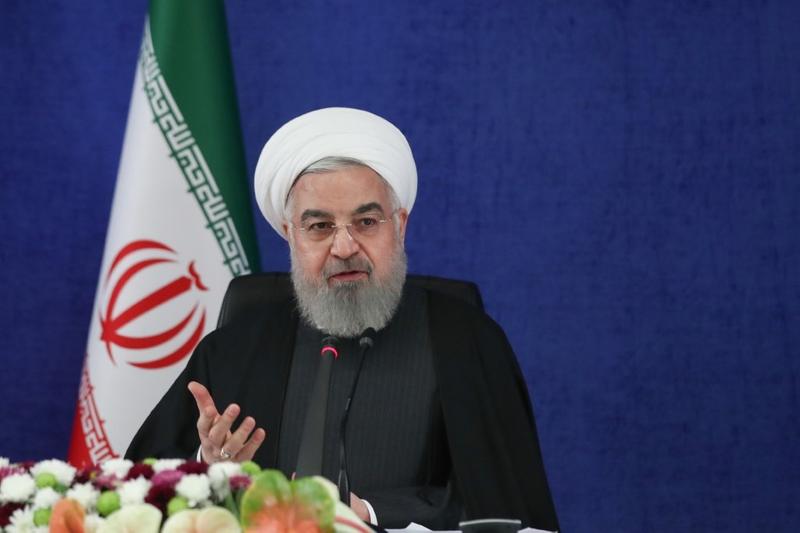 DUBAI - Iranian President Hassan Rouhani urged the incoming US administration on Wednesday to return to a 2015 nuclear agreement and lift sanctions on Tehran, while welcoming the end of “tyrant” President Donald Trump’s era.

US President-elect Joe Biden, who takes office on Wednesday, has said the United States will rejoin the pact, which includes restrictions on Iran’s nuclear work, if Tehran resumes strict compliance.

Tensions have grown between Tehran and Washington since 2018, when Trump quit the deal between Iran and six world powers that sought to limit Tehran’s nuclear program and to prevent it developing atomic weapons

“The ball is in the US court now. If Washington returns to Iran’s 2015 nuclear deal, we will also fully respect our commitments under the pact,” Rouhani said in a televised cabinet meeting.

“Today, we expect the incoming US administration to return to the rule of law and commit themselves, and if they can, in the next four years, to remove all the black spots of the previous four years,” he said.

Tensions have grown between Tehran and Washington since 2018, when Trump quit the deal between Iran and six world powers that sought to limit Tehran’s nuclear program and to prevent it developing atomic weapons. Washington reimposed sanctions that have badly hit Iran’s economy.

Iran, which denies ever seeking nuclear arms, retaliated to Trump’s “maximum pressure” policy by gradually breaching the accord. Tehran has repeatedly said it can quickly reverse those violations if US sanctions are removed.

Antony Blinken, Biden’s choice for secretary of state, said on Tuesday the United States would not take a quick decision on whether to rejoin the pact.

“Tyrant Trump’s political career and his ominous reign are over today and his ‘maximum pressure’ policy on Iran has completely failed,” Rouhani said. “Trump is dead but the nuclear deal is still alive.”

Biden appears to see a return to the deal as a prelude to wider talks on Iran’s nuclear work, its ballistic missiles and regional activities. But Tehran has ruled out halting its missile program or changing its regional policy.

Biden’s choice to lead the Pentagon, retired Army General Lloyd Austin, said on Tuesday that Iran posed a threat to American allies in the region and forces stationed in the Middle East.

“The United States and other Western countries have turned our region to a powder keg, not Iran,” Foreign Minister Mohammad Javad Zarif told state TV.