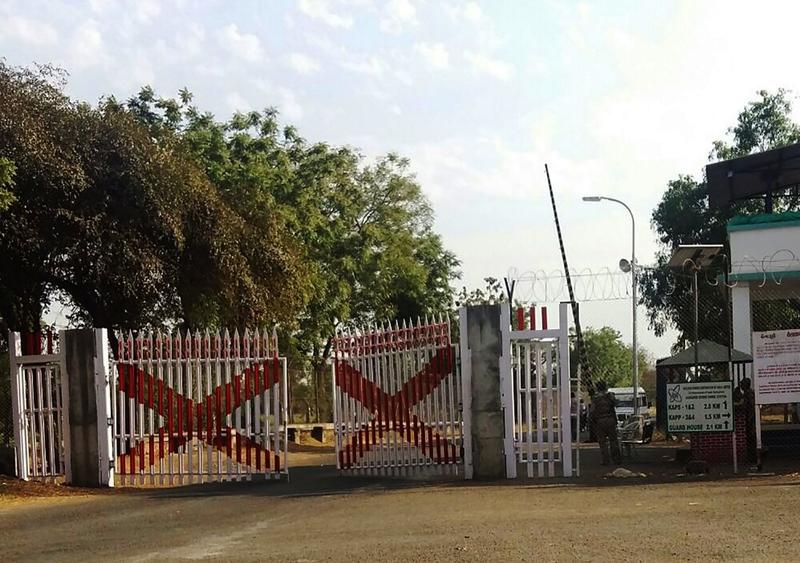 In this March 11, 2016 file photo, an Indian worker stands near to a gate at the Kakrapar Atomic Power Station in the state of Gujarat. (STR / AFP)

India’s success in connecting its largest domestically-built nuclear reactor to the grid is a boost for plans to deploy the technology to help the world’s third-biggest polluter limit emissions, according to the official overseeing the plans.

The 700-megawatt pressurized heavy water reactor of the Kakrapar Atomic Power Station, located in the western state of Gujarat, is the first of 16 planned units that will help balance the grid against growing intermittent renewable generation, according to KN Vyas, India’s atomic energy secretary.

“Renewables are less capital intensive and can be implemented much more quickly. Yet, they need to be balanced with more stable power,” Vyas said in a phone interview. “Nuclear provides clean base load power and that makes it an important element of our climate strategy.”

India is counting on its nuclear program to help meet its Paris climate commitments to reduce the emissions intensity of its economy by a third from 2005 levels by 2030. So far, domestic built reactors have avoided cost-run-ups that have hit projects planned with overseas technologies, said Debasish Mishra, a Mumbai-based partner at Deloitte Touche Tohmatsu.

Nuclear Power Corp of India Ltd, also known as NPCIL, which connected the reactor to the grid last week, expects to start five more units through March 2027, and is placing orders for another ten to be commissioned by 2031. The combined cost of the fleet is estimated at about 1.5 trillion rupees (US$20.4 billion), according to the state monopoly.

India has 6.8 gigawatts of existing nuclear generation capacity, which accounts for roughly two percent of the nation’s total capacity. Coal-fired generation makes up about 53 percent of India’s installed base, although its share has been declining in favor of cleaner generation and renewable power.