By Mao Weihua and Chen Meiling 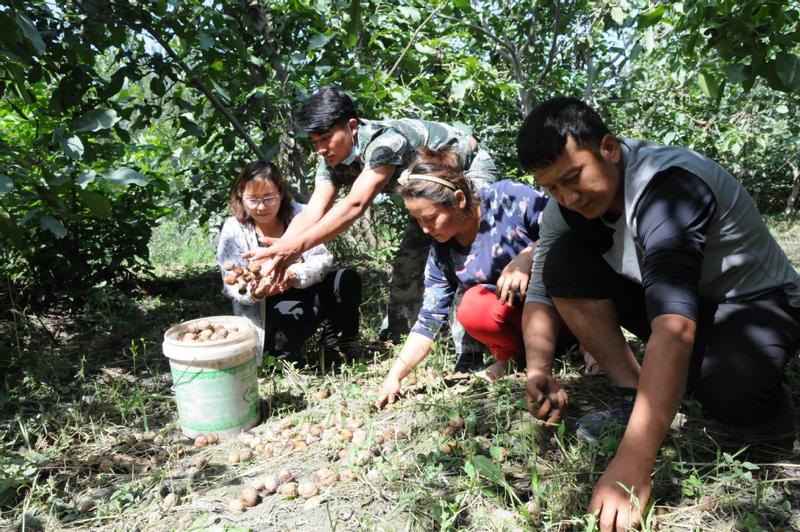 Serving plates of fruit in a yard decorated with galsang flowers, Abbas Atek, a resident of Hongshan new village in Aksu prefecture, Xinjiang Uygur autonomous region, is a hospitable host. But he said he had been reluctant to welcome guests to his former home deep in the mountains of Wensu county.

At that time, six members of the family lived in a stone house. Without electricity, they used kerosene lamps and candles for light. They drank water from a stream and snow and burned cattle and sheep manure to cook. Vegetables were rarely seen on the dining table.

In the first three years, it authorized a company to manage the orchard, and organized training classes for residents to learn planting skills. The villagers now run their own walnut business, which has become their major source of income, said Kuwanjang Matniyaz, Party secretary of the Hongshan new village

In 2012, the family moved to a new home at the foot of the mountains that was provided free of charge, benefiting from a local relocation policy for poor people.

The new house, with an area of 85 square meters, has three bedrooms, one living room, a restroom and a kitchen, with power and running water.

They also have a separate animal husbandry zone and a 5,300-square-meter orchard.

About 2,200 people from 566 families have moved out of the mountains to the village and found new jobs in orchards and factories, local authorities said.

Abbas' family now has multiple income sources, such as raising cattle, growing walnuts and receiving a government subsidy. Its annual income has grown to 50,000 yuan.

"We have bought a refrigerator, washing machine, television, shower and car," Abbas said. 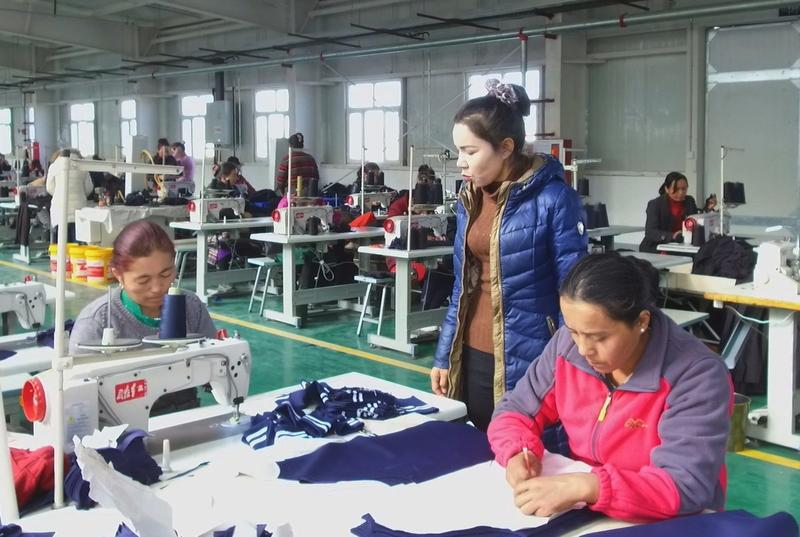 Kuwanjang Matniyaz, Party secretary of the village, said it built a 400-hectare walnut orchard near the community in 2015, financed by the government and owned by all the families there.

In the first three years, it authorized a company to manage the orchard, and organized training classes for residents to learn planting skills. The villagers now run their own walnut business, which has become their major source of income, he said.

Aksu is located on the edge of Taklimakan Desert. For decades, locals made a living by farming, grazing or as migrant workers elsewhere. The incidence of poverty was as high as 14.2 percent.

The battle against poverty was tough, but the result was fulfilling. In 2019, Ushi and Kalpin, the two poorest counties in the prefecture, announced they had shaken off poverty, which meant Aksu had completed its task of lifting all 246,600 people from 65,400 poor families out of poverty, according to local authorities.

Ainar Musa, 26, used to be a housewife in a poor family in Yukuzis village, Kalpin county. In 2017, the village administration encouraged local women to get out of home and work.

Ainar got a job at local clothes manufacturing company, Norton Clothing, and after three months of training became an apparel designer.

"I'm the only one in the factory able to use a computer in design work," she said.

Previously, her husband grew walnuts to support the family, bringing in less than 10,000 yuan a year. Now, with a monthly salary of 3,500 yuan, she is the family's biggest breadwinner.

The family escaped poverty in 2018.

Her income also changed the family, she said, as her husband "cooks three meals a day and takes over all chores".

Speaking of the future, she said she wants to buy a car and see all her children attend university.

More than 300 female workers at the factory are also from poor families. A traditional agricultural county, major industries in Kalpin include growing wheat, cotton, corn and red dates and raising sheep.

The factory is part of the local government's program to increase incomes for locals by introducing labor-intensive industries and creating more jobs for women.