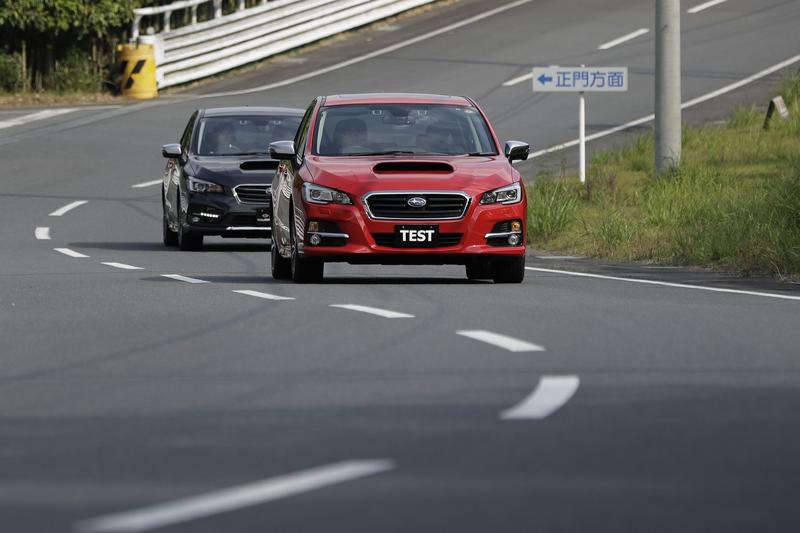 In this 2017 photo, prototype Subaru Levorg vehicles equipped with the company's EyeSight driving support system are driven during a test drive. (PHOTO / BLOOMBERG)

Automakers in Japan, where almost 30 percent of the population is 65 or older, are taking the lead on adapting cars so the nation’s legions of elderly drivers can feel more confident - and be safer - behind the wheel.

A run of accidents involving older people behind the wheel has upped the pressure from regulators to standardize advanced features. Automatic brakes will be required for all new vehicles sold domestically from this year, for example, and companies from Toyota Motor Corp to Nissan Motor Co are employing smart technology to make cars more user friendly for older people.

It’s also becoming more of a priority as public railways in rural areas disappear, worsening an isolation crisis made only more stark by the coronavirus pandemic. Without any means of getting around, elderly people in Japan are increasingly confined to their homes, their lives shrinking as transport options evaporate.

A recent high-profile fatal accident spotlighted the issue. In February last year, Japanese prosecutors indicted 89-year-old Kozo Iizuka on a charge of negligence resulting in death and injury after a crash in Tokyo’s Ikebukuro district. The former senior bureaucrat was on his way to a French restaurant with his wife in April 2019 when his Toyota Prius plowed through a crossing, killing a toddler and her mother and harming several others.

The accident made headlines, not least because of Iizuka’s high-ranking government position. Public sentiment swiftly turned against Iizuka, who is back in court this week after pleading not guilty in October. The incident also sparked a national debate about the swelling ranks of elderly drivers on Japan’s roads. After the event, the number of old people opting to park their wheels for good soared. According to the National Police Agency, 350,428 people 75 or over returned their driver’s licenses in 2019, the highest on record.

“Young people tell us seniors to return our driver’s licenses, but they aren’t around,” says Hideaki Fukushima, 90, whose wife returned her own license around the time of the accident. The couple’s children live in Nagoya, a two-hour drive away. In Takamori where they live, a small town in Japan’s central mountainous area, trains operated by Central Japan Railway Co only come about once an hour. “There’s nothing you can do without a car,” Fukushima says.

Last year, Toyota upgraded its Safety Sense offering. The technology is designed to prevent or mitigate frontal collisions as well as keep drivers within their lane. By using high-resolution cameras on the windscreen and bumper-mounted radars, it can detect oncoming cars or pedestrians — or even bicycles in daylight hours — and give audible and visual alerts. If drivers fail to respond, automatic braking may be deployed. The new software also has intersection functionality to help detect oncoming obstacles if a car is making a turn from a stationary position.

Other Toyota Safety Sense features include the correction of unintentional lane departures, automatic toggling between high and low-beam at night depending on surrounding traffic, and the detection of slower-moving cars ahead on a highway and automatic maintenance of a pre-set distance. Road-sign assistance technology detects stop and speed signs as they’re passed and displays a dashboard alert in case drivers have missed them themselves. 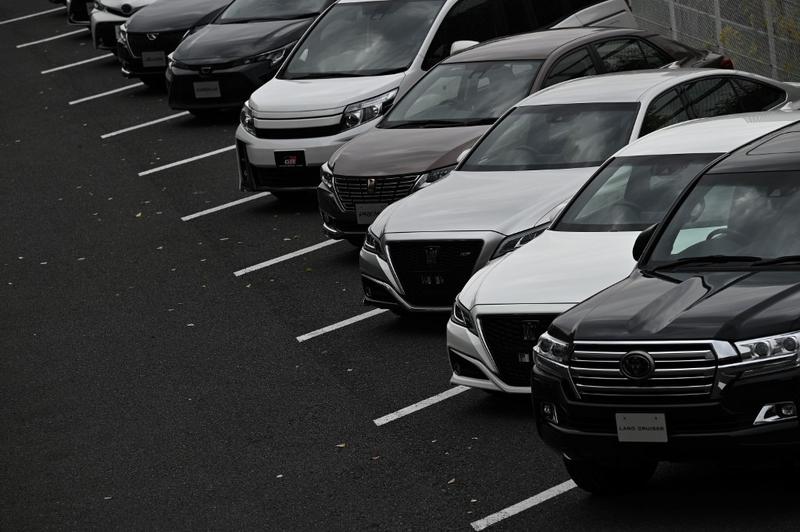 In this Nov 6, 2020 photo, cars are parked outside a Toyota showroom in Tokyo. (PHILIP FONG / AFP)

“A society in which the elderly can drive safely is crucial for their active social participation and healthier, fuller lives,” Toyota said. “Our ultimate goal is, of course, to have zero casualties from traffic accidents.”

Subaru Corp’s aspirations are similar; it wants to eliminate all fatal accidents by 2030. Like several other automakers, it’s using stereo cameras, which have two or more lenses with a separate image sensor for each, providing the ability to capture three-dimensional images. Dubbed EyeSight, the technology looks ahead and alerts drivers to any danger. Subaru says Eyesight-equipped vehicles are involved in 61 percent fewer accidents and 85 percent fewer rear-end crashes. Pedestrian-related injuries are lowered by 35 percent.

“It would be impossible to eradicate all fatal accidents without utilizing artificial intelligence,” says Subaru’s Eiji Shibata, who oversees the development of EyeSight. To reach its ambitious target, Subaru plans to combine its stereo cameras with AI, assigning meaning to each object and trying to accurately infer risk.

That’s not without its challenges, according to Shibata. “It’s a technologically tough area,” he says. Stereo cameras are harder to install in mass produced cars, partly because they convey more information than other sensors and require more complicated back-end support. “Equipping the technology in cars that people ordinarily use is a huge task.”

An upgraded EyeSight X that uses autonomous technology debuted in August in the second generation of the Subaru Levorg. The model, which went on sale in Japan in November, has 360-degree sensing and like Toyota’s upgraded tech, has an intersection assist function that can autonomously steer cars away from an impending collision. Using EyeSight X, vehicles can even change lanes on their own and slow down for toll booths.

Nissan has a similar offering called ProPilot that it expects to have in at least 20 models in 20 markets globally by the end of 2023. 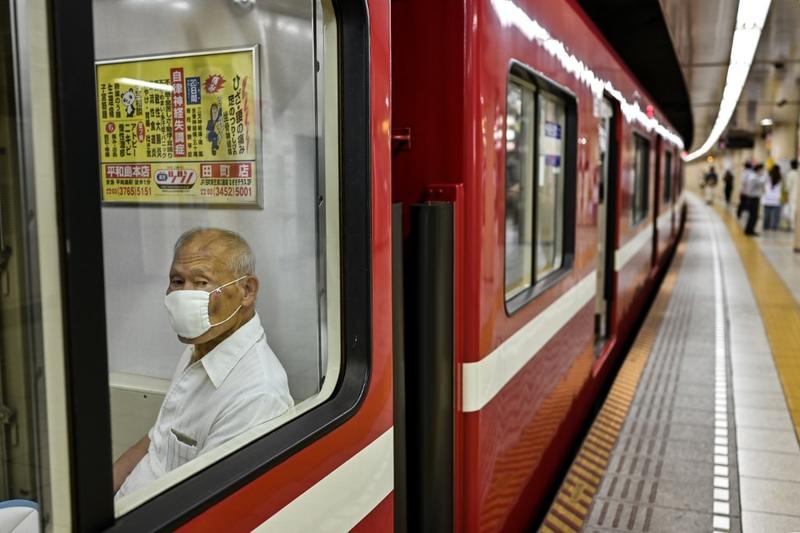 Takuya Matsunaga, who lost his wife and child in the 2019 accident, admits it’s a good start but adds that dealers, when selling cars, should stress these technologies aren’t failsafe. “Anyone can cause an accident,” he says.

“I don’t want to see divisions like the young and the elderly hating each other,” Matsunaga says. “We need to think about the people who are suffering: The elderly in rural areas.”