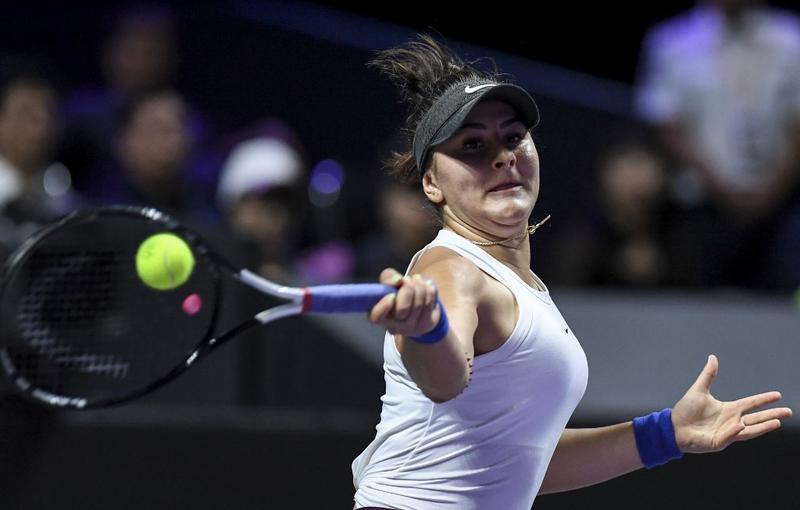 In this Oct 30, 2019 photo, Bianca Andreescu of Canada hits a return against Karolina Pliskova of Czech Republic during their women's singles match at the WTA Finals tennis tournament in Shenzhen. (NOEL CELIS / AFP)

Sylvain Bruneau, the coach of 2019 US Open champion Bianca Andreescu, said on Saturday he has tested positive for COVID-19 after arriving in Melbourne ahead of next month’s Australian Open.

Bruneau said in a statement shared by Tennis Canada that he followed all safety protocols, including testing negative within 72 hours of his flight from Abu Dhabi, and felt “perfectly fine” when he boarded the plane.

“I am extremely saddened and sorry for the consequences now on everyone’s shoulders sharing my flight,” Bruneau said in a statement, “The rest of my team is negative and I sincerely hope that any further disruption is kept to a minimum.”

Bruneau was with Andreescu for her breakout campaign in 2019 when she became Canada’s first Grand Slam singles champion.

Earlier on Saturday, Australian Open organisers said 47 players were forced into a 14-day hotel quarantine in Melbourne after three coronavirus infections were reported on two chartered flights, including one from Abu Dhabi, carrying them to the year’s first grand slam.

Andreescu, who has not played since she suffered a knee injury at the 2019 WTA Finals in Shenzhen, was set to make her competitive return in a pair of Australian Open tune-ups but has not commented on her coach’s diagnosis.

The 20-year-old Canadian’s agent did not immediately respond to a request for comment from Reuters.

The Australian Open is scheduled to begin on Feb 8.