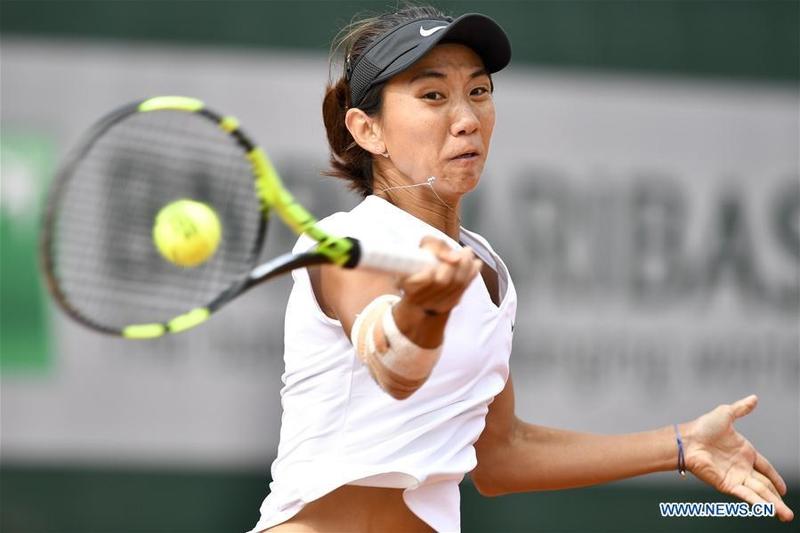 In this May 23, 2018 photo, Lu Jiajing of China returns the ball to Margot Yerolymos of France during the women's singles Qualification 1st round match of French Open in Paris, France. Lu lost 0-2. (CHEN YICHEN / XINHUA)

SYDNEY - Chinese tennis hopefuls, Lu Jiajing and Yuan Yue have both breezed through to the final round of the Australian Open singles qualifiers in Doha, placing them one step away from appearing in their first Grand Slam.

In the penultimate round, 22-year-old Yuan dispatched former Wimbledon finalist Eugenie Bouchard from Canada 6-2, 6-4, while 31-year-old Lu beat out Bulgaria's Isabella Shinikova, 6-2, 7-5 for a place in Wednesday's final.

Meanwhile, their male counterparts bowed out of the qualifiers, with Li Zhe losing a hardfought tie-break to American Michael Mmoh, 2-6, 6-4, 7-6 and Zhang Zhizhen going down to Mikael Torpegaard from Denmark, 6-1, 4-6, 6-1.

With the opportunity to appear on their first ever Grand Slam tantalizingly close, Lu will face British player Francesca Jones in the final round while Yuan will take on French woman Chloe Paquet.

Should they prove successful the women will join an intimidating field of the world's best tennis players in Melbourne and may find themselves on a court facing the likes of Serena Williams or current World No 1, Australia's own Ash Barty.

The Australian Open main draw will be held at Melbourne Park from February 8 to 21.