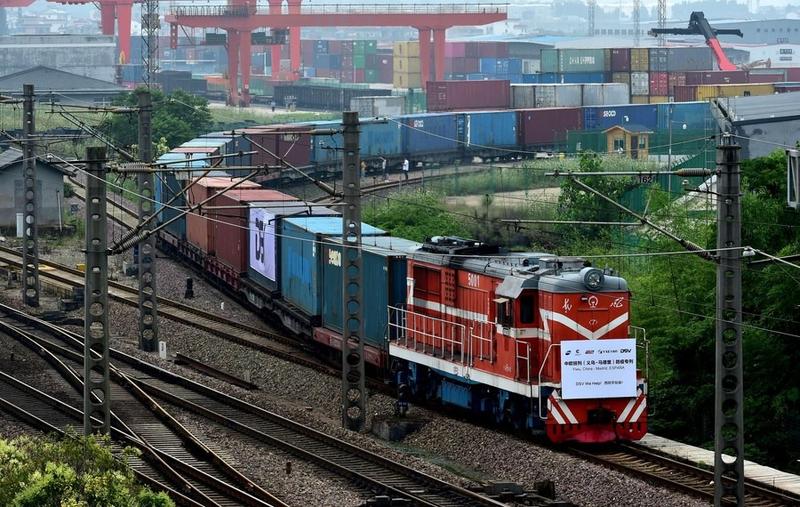 BRUSSELS - China continues to consolidate itself as the European Union's (EU) main trading partner and is the only country that has seen an increase in imports into the bloc during the COVID-19 pandemic, according to Eurostat figures released on Friday.

Imports from China into the EU between January and November 2020 grew by 4.3 percent when compared with the same period the preceding year, according to the EU's statistical agency.

Other trading partners such as the United States, Britain, Russia, Turkey, Japan, South Korea and India all experienced declined imports of goods into the EU.

For the exports, China, Turkey and South Korea experienced growth in exports from the EU. The value of exports to China saw modest growth of 1.1 percent, amounting to 182.7 billion euros.

EU exports to Turkey grew by 2.1 percent and by 3.5 percent to South Korea. All other trading partners showed in the Eurostat graphics registered declines in exports from the EU.

Trade with the United States recorded a significant drop in both imports (186.5 billion euros) and exports (322.3 billion euros), down by 13 percent and 9.3 percent respectively.

The statistics showed a somewhat strong recovery of the trading activities within the EU, as internal trade in the bloc in November 2020 saw an increase of 0.6 percent when compared with November 2019.

However, trade with the rest of the world remained gloomy in November. Imports into the EU stood at 151.3 billion euros, down by 6.2 percent compared with November 2019, and exports from the EU were worth 176.6 billion euros, a year-on-year drop of 1.5 percent.