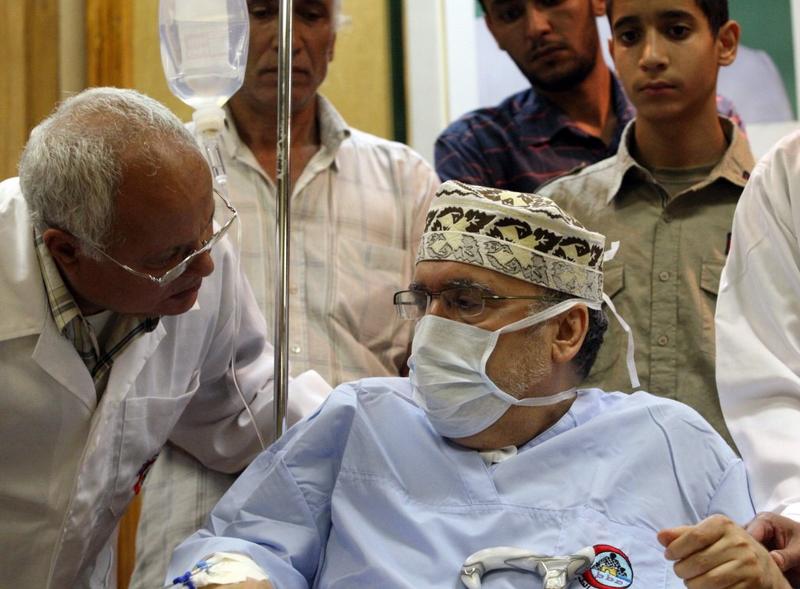 In this file photo taken on Sept 9, 2009 freed Lockerbie bomber Abdelbaset Ali Mohmet al-Megrahi speaks to a doctor as he wears a medical facemask in a wheelchair during a meeting with an African delegation at a hospital in Tripoli. (MAHMUD TURKIA / AFP)

LONDON - A Scottish court rejected on Friday an appeal to overturn the conviction of a now-deceased Libyan man found guilty of the 1988 Lockerbie plane bombing which killed 270 people.

Abdel Basset al-Megrahi, an intelligence officer who died in 2012, was jailed for life in 2001 for the murder of 243 passengers, 16 crew and 11 residents of the Scottish town in the deadliest militant attack in British history.

In March, an independent Scottish review ruled that his family could launch a third appeal due to a possible miscarriage of justice. But on Friday, five judges at the Court of Criminal Appeal in Scotland rejected that.

“The bombing of Pan Am 103 is, to this day, the deadliest terrorist attack on UK soil and the largest homicide case Scotland’s prosecutors have ever encountered in terms of scale and of complexity,” said Lord Advocate James Wolffe, Scotland’s chief legal officer.

“The evidence gathered by Scottish, US and international law enforcement agencies has again been tested in the Appeal Court and the conviction of Abdelbaset Ali Mohmed Al-Megrahi stands.”

Megrahi’s son Ali said the family were heartbroken and planned to appeal to the UK Supreme Court, their lawyer Aamer Anwar said. “He maintained his father’s innocence and is determined to fulfil the promise he made to clear his name and that of Libya,” Anwar said.

Pan Am Flight 103 was blown up over Lockerbie in December 1988 en route from London to New York, carrying mostly Americans on their way home for Christmas.

After years of wrangling and sanctions against Libya, Megrahi and a second man Al-Amin Khalifa Fahima went on trial before Scottish judges at a special court in the Netherlands.

Megrahi was convicted and sentenced to life in prison, with a minimum 27 years, while Fahima was found not guilty.

Megrahi, who denied involvement in the attack, died in Libya in 2012 after being released three years earlier by the Scottish government on compassionate grounds due to prostate cancer.

Former leader Muammar Gaddafi accepted Libya’s responsibility for the bombing in 2003 and paid compensation to families, but did not admit personally ordering it.

However, Megrahi’s family and some relatives of the Scottish victims have always doubted his guilt and Libya’s responsibility, and say the truth has yet to come out.

At hearings in November, the family’s lawyers argued his conviction had rested on flawed evidence, saying prosecutors had failed to prove a link between clothing in the suitcase carrying the bomb and Megrahi.

The Justice Department accuses Masud of carrying the bomb from Libya to Malta in a suitcase and setting its timer.