Red Cross: US blacklisting of Yemen's Houthis will impede aid 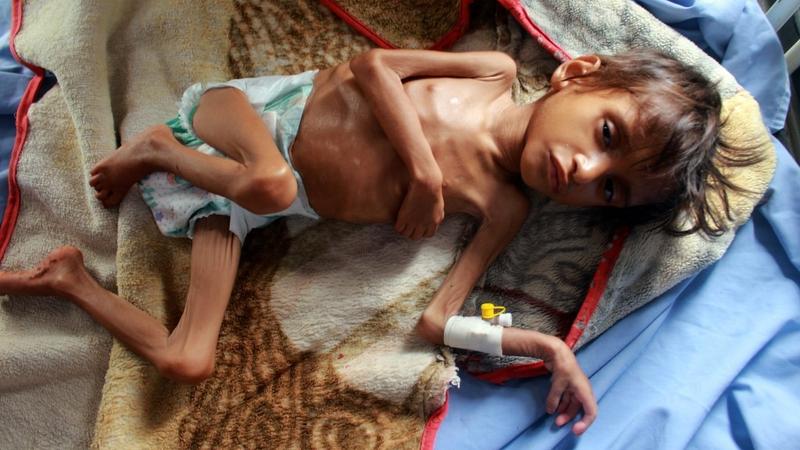 A Yemeni child suffering from malnutrition lies in a bed at a treatment center in Yemen's northern Hajjah province on July, 5, 2020. (ESSA AHMED / AFP)

GENEVA - The International Committee of the Red Cross said on Thursday it feared that the US designation of Houthi fighters in Yemen as a terrorist group would lead to a “chilling effect” on delivering vital aid to sick and starving civilians.

ICRC director of operations Dominik Stillhart said that the independent agency has urged states imposing such measures to consider “humanitarian carve-outs” to mitigate any negative impact on populations and on impartial aid.

US Secretary of State Mike Pompeo announced the move - to include sanctions against the Houthi movement and three of its leaders - on Sunday, hours after Reuters reported it.

ALSO READ: US terror designation of Houthi rebels to have 'serious repercussions'

The designation will come into effect on Jan 19, the Trump administration’s last full day in office.

Stillhart said the ICRC was increasingly alarmed at the humanitarian situation in Yemen - where it has its second largest operation worldwide - as infectious diseases, hunger and rising food prices hit civilians. The statement was issued on his return from the country after three ICRC staff were killed in an attack on Aden airport on Dec 30.

“In particular, the ICRC is concerned about the possible ‘chilling effect’ the designation may have on humanitarian action, leading to it being impeded or delayed,” he said.

“Increased operational risks and possible de-risking from the banking and private sectors in response to the designation ultimately may constrain the humanitarian response in Yemen.”

United Nations aid chief Mark Lowcock will on Thursday urge Washington to reverse its move against the Houthis, warning that it would push Yemen into a “famine on a scale that we have not seen for nearly 40 years.”