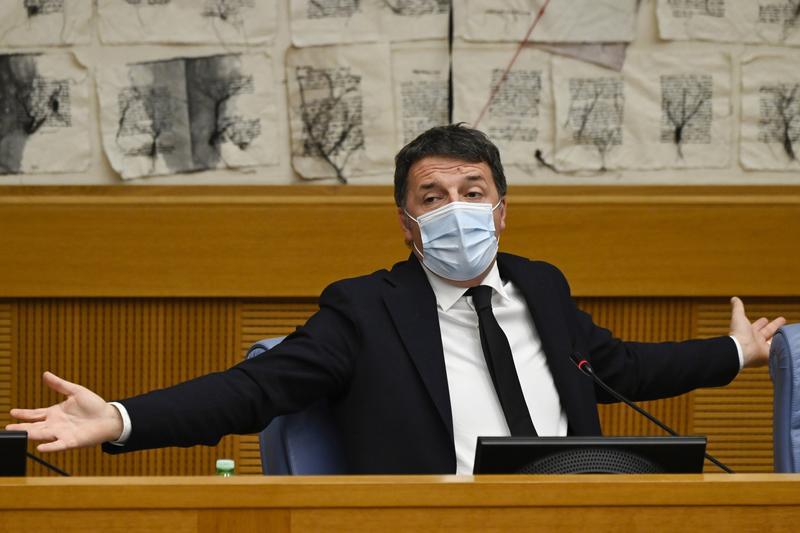 ROME - Italy’s former premier Matteo Renzi pulled his small party out of government on Wednesday, stripping the ruling coalition of its parliamentary majority and triggering political chaos even as the nation battles a resurgent COVID-19.

Renzi lambasted Prime Minister Giuseppe Conte’s style of leadership, saying he was trying to hoard power, but he left open the possibility of rejoining the cabinet if his demands for a policy revamp and greater accountability were acted on.

“Being responsible is about facing up to problems, not hiding them,” said Renzi, who has been accused by critics of playing politics in an effort to revive the fortunes of his tiny Italia Viva party, which is floundering in the polls.

His coalition partners said his decision would hurt the country, which is mired in the worst recession since World War Two as a result of the coronavirus pandemic that has killed more than 80,000 Italians -- the second highest toll in Europe.

Conte made a last-ditch appeal to Renzi to stay within the four-party coalition, which took office in August 2019, saying he was convinced unity could be restored if there was goodwill from all sides. He made no immediate comment after his olive branch was rebuffed.

Renzi lambasted Prime Minister Giuseppe Conte’s style of leadership, saying he was trying to hoard power, but he left open the possibility of rejoining the cabinet if his demands for a policy revamp and greater accountability were acted on

It was not immediately clear what he, or his remaining allies, the anti-establishment 5-Star Movement, centre-left Democratic Party (PD) and leftist LEU party, would do.

One possible scenario would be for the coalition parties to try to renegotiate a new pact with Italia Viva, which would almost certainly open the way for a major cabinet reshuffle, with or without Conte at the helm.

“Can a new Conte government be made? We do not have vetoes on anyone, nor prejudices, nor do we presume to tell the prime minister what to do,” Renzi said at the news conference where he announced his decision to pull out.

If the coalition cannot agree on a way forward, President Sergio Mattarella would almost certainly try to put together a government of national unity to deal with the health emergency.

If that failed, the only option would be a national vote.

The opposition bloc, led by Matteo Salvini’s far-right League, issued a statement calling for Conte to resign and saying the best way to guarantee stable government would be elections, some two years ahead of schedule.

Salvini hooked up with 5-Star after inconclusive elections in 2018 and formed a government headed by Conte, who is a lawyer with no party affiliation. Salvini quit a year later, hoping to force early elections, but he was outwitted by Renzi who unexpectedly backed the creation of an alternative coalition.

However, Renzi had bad relations with Conte from the start and regularly attacked his decision-making.

His latest complaints focused on Conte’s plans for how to spend billions of euros promised by the European Union to relaunch the battered economy. On Tuesday, he raised other policy grievances and insisted Italy should apply for a loan from the euro zone’s bailout fund, known as the European Stability Mechanism (ESM), to help its health service.

The 5-Star Movement, the largest ruling party, is hostile to this idea, making it a non-starter for Conte.