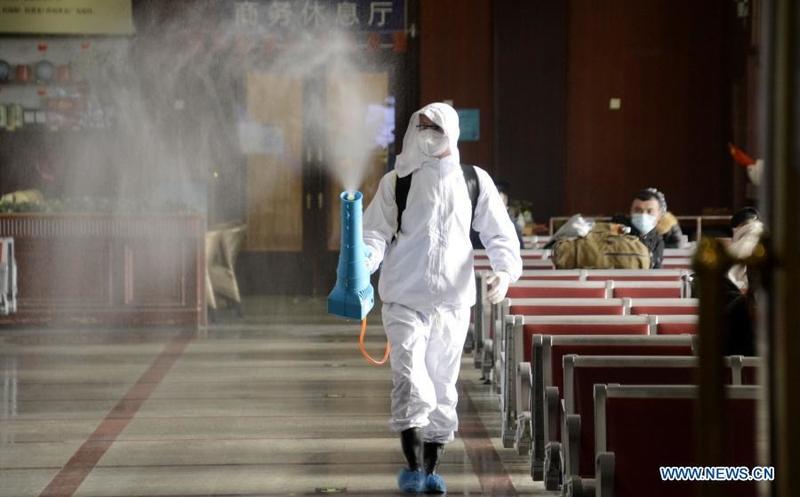 BEIJING - The Chinese mainland on Tuesday reported 115 newly confirmed COVID-19 cases, of whom 107 were locally transmitted and the rest arrived from outside the mainland, the National Health Commission said Wednesday.

Tuesday saw 38 asymptomatic cases newly reported, of whom three arrived from outside the mainland

Of the locally transmitted cases, 90 were reported in north China's Hebei province, 16 in Heilongjiang province and one in Shanxi province, the commission said in its daily report.

One new suspected case arriving from outside the mainland was reported in Shanghai, but no deaths related to the disease were reported on Tuesday.

READ MORE: WHO: Virus origin tracing is about scientific answers

The total number of confirmed COVID-19 cases on the mainland reached 87,706 by Tuesday, including 784 patients still receiving treatment, 21 of whom were in severe condition.

A total of 82,288 patients had been discharged following recovery on the mainland, and 4,634 had died of the disease, according to the commission.

42 asymptomatic cases were re-categorized as confirmed ones

There was one suspected COVID-19 case on the mainland on Tuesday, and 30,114 close contacts remained under medical observation.

ALSO READ: Expert: Hebei outbreak can be contained in a month

A total of 556 asymptomatic cases were under medical observation, of whom 256 arrived from outside the mainland.

By the end of Tuesday, 9,343 confirmed COVID-19 cases, including 160 deaths, had been reported in the Hong Kong Special Administrative Region (SAR), 46 cases in the Macao SAR, and 838 cases, including seven deaths, in Taiwan.

A total of 8,524 COVID-19 patients in the Hong Kong SAR had been discharged from hospitals following recovery, 46 in the Macao SAR, and 730 in Taiwan.

Meanwhile, a Chinese mainland spokesperson on Wednesday said that Taiwan compatriots on the mainland can apply for free COVID-19 vaccines.

Inoculations are based on the principles of voluntary application and informed consent, said Zhu Fenglian, spokesperson for the Taiwan Affairs Office of the State Council, at a press conference.

Zhu said a mass vaccination plan is being carried out on the mainland in an orderly manner, and doses will be prepared for people who meet inoculation requirements, including Taiwan compatriots.