By Ma Si and Zhong Nan 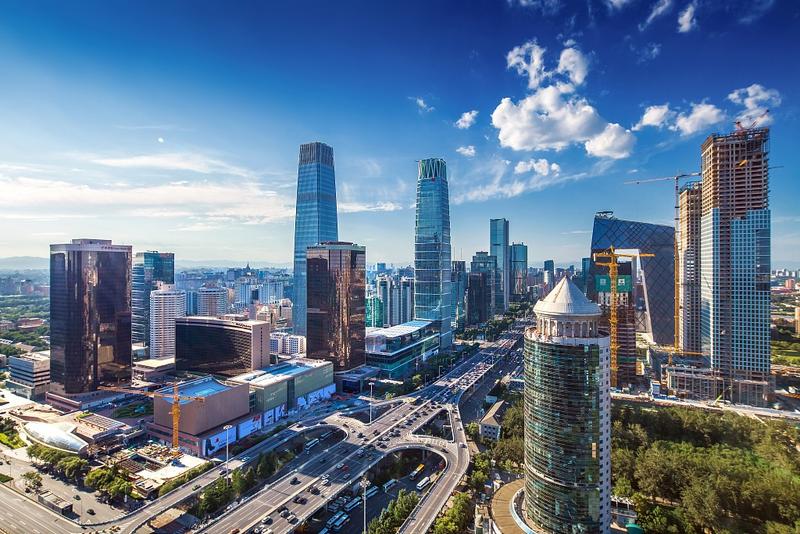 China's efforts to stimulate economic growth in 2021, including an expected stronger momentum in foreign trade, will continue contributing to global economic recovery and help stabilize global industrial chains amid the lingering fallout of the COVID-19 pandemic, officials and experts said.

The comments came as the world's second-largest economy is forecast to see around 2 percent GDP growth in 2020 on the back of reviving consumption, manufacturing investment and resilient exports. These positive factors are expected to continue driving China's economic expansion in 2021, experts added.

Ning Jizhe, vice-minister of the National Development and Reform Commission, said that faced with an uncertain external environment, China will maintain its proactive fiscal policy and prudent monetary policy in 2021, and strive to stabilize the economy at a reasonable level.

China is still in an important period of strategic opportunity for development. We have confidence and the foundation to promote economic recovery and stable development.

"China is still in an important period of strategic opportunity for development. We have confidence and the foundation to promote economic recovery and stable development," Ning said in an interview with Xinhua News Agency.

As the first year of China's 14th Five-Year Plan (2021-25), this year is of great significance in taking a good first step in building a new development pattern with the domestic market being the mainstay and the domestic and international markets supporting each other.

More efforts will be made to improve the quality of the supply system in 2021, which is the focus and foundation for building the new development pattern, Ning said, adding that China will accelerate steps to construct an innovation system, and implement key projects targeting breakthroughs in key technologies and solutions to bottleneck problems.

These policies to stabilize China's economic growth in 2021 will help the global economy better recover from the pandemic-related downturn and contribute to the stability of global supply chains, experts said.

Reuters said in a recent analysis that in a global economy hit hard by COVID-19, China's foreign trade in 2020 can be described as a "dark horse", as it shouldered the responsibility for filling the gaps in global industrial chains.

Though it remains uncertain when the pandemic will end and global demand is still in recovery, China's foreign trade is expected to stabilize at a high level in 2021, Reuters said.

Bai Ming, deputy director of the international market research institute under the Ministry of Commerce, said if the epidemic situation remains under control this year, the outlook would be cautiously optimistic for China's overall foreign trade situation.

The country's foreign trade expanded 7.8 percent year-on-year in November, with exports jumping 14.9 percent on a yearly basis due to China's early recovery from the pandemic, its reliable supply chains and major trading partners' better-than-expected economic performance, according to the latest customs data.

Gao Lingyun, a research fellow at the Institute of World Economics and Politics of the Chinese Academy of Social Sciences, said the joint efforts made by China and its partners including the European Union, the Association of Southeast Asian Nations, Japan and South Korea to support free trade and the multilateral trading system will have a positive effect on the global economy in 2021.

In addition to stimulating trade and investment activities via regional economic and trade pacts such as the Regional Comprehensive Economic Partnership agreement and the future bilateral investment treaty between China and the EU, China's foreign trade is expected to grow steadily this year on the back of several factors, including a notable improvement in the industrial, supply and service chains, Gao said.

Southeast Asian countries will continue to increase their imports from China as their industrial structures remain highly complementary. Meanwhile, with continuous tariff cuts and the coming implementation of zero tariffs within the next decade under the RCEP agreement, ASEAN countries will import more industrial goods, including primary parts, raw materials and auto parts from China to support their production and supply chains, the researcher added.

CRRC Sifang, a unit of China Railway Rolling Stock, the country's largest rolling stock manufacturer by production volume, announced last month that it had won a big-ticket contract to build trains for the Alameda-Chillan rail service in Chile, marking the second rolling stock tender the firm has won in the South American country.

The contract involves manufacturing six diesel-electric trains and 24 coaches that include WiFi, a coffee service facility and entertainment systems. It will be the first time for China to export dual-powered trains to an overseas market. The company said that the trains will be delivered to its Chilean client in 2022.

"In the face of competition and the continuous emergence of new technologies, we will further enhance our scientific and technological innovation capability, and make breakthroughs in next-generation trains such as high-speed freight trains and greener urban rail transit vehicles," said Wang Jun, CRRC's vice-president.