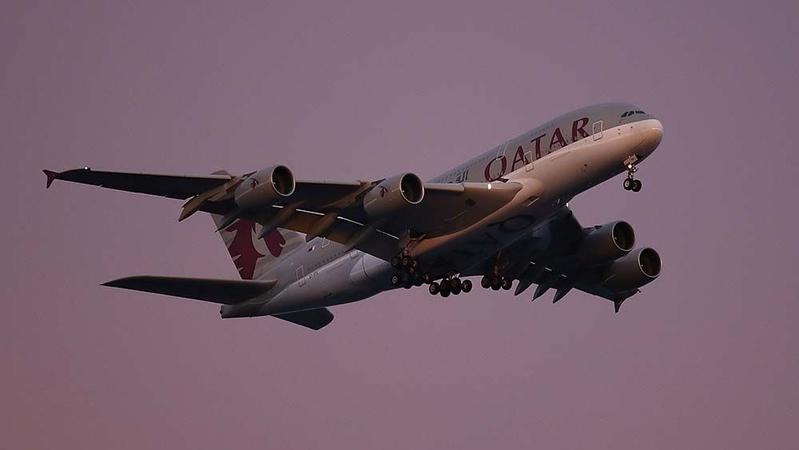 Qatar Airways said China's impressive COVID-19 control measures have given it the confidence to increase services between the two countries.

The Doha-based airline said it will further expand its operations in China by increasing flight frequencies and the number of destinations, if local policies and the industry environment permit.

The carrier said it is gradually resuming its flights globally. Nearly 80 percent of its flights have resumed, which is faster than many other large-scale carriers, despite the fact that the global air travel market is still reeling from the COVID-19 impact.

On Dec 22, Qatar Airways resumed passenger service between Hangzhou, Zhejiang province, and Doha. The weekly flight will use a Boeing 777-300ER aircraft.

Qatar Airways is now the sole carrier of passengers from Hangzhou to Doha. The return flight from Doha to Hangzhou will have no passengers but only cargo. In July, the carrier resumed weekly flights between Guangzhou, Guangdong province, and Doha.

"The flights from Hangzhou will join existing services from Guangzhou to Doha, as well as flights from Hong Kong with connections through our airline partners for passengers from Beijing and Shanghai. We look forward to providing Chinese business and leisure customers with better global connectivity," said Thomas Scruby, vice-president of sales for Australia and North Asia at Qatar Airways.

The Doha-based airline said it will further expand its operations in China by increasing flight frequencies and the number of destinations, if local policies and the industry environment permit

Despite the challenges brought by the pandemic this year, Qatar's national flag carrier has flown more than 2.8 million passengers on 47,000 flights.

Lin Tangyi, a Chinese flight attendant based in Doha, who has worked for Qatar Airways for three years, said it has become common for her to report for duty in protective clothing, masks and goggles.

Lin said: "Compared with many other airlines that stopped operating international flights during the outbreak, we are still operating a large number of international long-haul flights. With the recent re-emergence of the contagion, we mostly stayed in hotels at foreign destinations, and tried not to go out.

"Now, there are almost no travel groups on flights. Most passengers are students who study abroad and people who take business trips. The cabin is quieter than usual. Passengers usually read or watch movies, and they seldom communicate with others.

"Passengers have also shown higher requirements for cabin cleaning and they prefer to eat food in independent sealed packages."

Next, China Southern will also place its code on Qatar Airways flights between Beijing and Doha, once current pandemic-related restrictions are lifted.

Wu Guoxiang, senior vice-president of corporate and international relations at China Southern Airlines, said: "We have great expectations for the partnership between Qatar Airways and China Southern. This year, the global airline industry has faced unprecedented challenges and we look forward to an early recovery.

"We believe the bilateral cooperation will be an important element in the process of industry recovery and greatly promote air connectivity among countries and regions."

The year of 2020 marks the 17th year since Qatar Airways started operations in China. With the upcoming 2022 soccer World Cup to be held in Qatar, the airline said it hopes to serve more Chinese passengers in the future.

"Serving as air travel hubs, cities in the Middle East have their locational advantages. They are located in the middle of Europe and Asia, and have become ideal transit points for those who travel between the two continents," said Lin Zhijie, an aviation industry analyst and a columnist at Carnoc, a prominent civil aviation website in China.

"The local governments of the Middle East also highly regard the development of those cities in the region as international aviation hubs," he said.