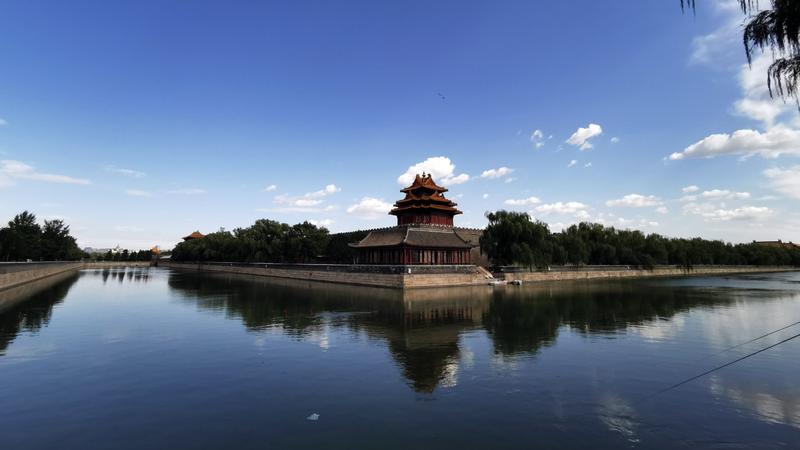 For jogging enthusiast Cheng Zhonghong, waking up early and having a lovely run in the clear and crisp morning air in Beijing is such a boon, as the visible improvement of the Chinese capital's air quality has given more incentives for more residents to join the running population.

Three regions in China, especially the northern part where Beijing is located, that were most frequented by smog in the past have witnessed far fewer days of heavy pollution in the past three months, according to the Ministry of Ecology and Environment.

The air quality has kept improving. I could personally feel the progress in air pollution control.

From Oct 1 to Sunday, the 80 major cities in the Beijing-Tianjin-Hebei province cluster, the Yangtze River Delta region and the Fenhe-Weihe Plain area, which stretches across the Shanxi, Shaanxi and Henan provinces, altogether experienced 100 days with heavy air pollution, down 47.8 percent from the same period last year and 86.3 percent from 2015, ministry spokesman Liu Youbin told a news conference on Tuesday.

Cheng's own experience speaks more of the benefits of improved air quality. Previously she made her decision to go out for a run or not after checking an air quality app. "I don't check it anymore," she said, adding she deleted the app from her phone late last winter after finding that smog in the city was already a rarity.

"The air quality has kept improving. I could personally feel the progress in air pollution control," said the woman in her 30s.

The cold period from October to March is usually the time with the worst air pollution in China, especially in the country's northern regions, partly because of the increase in coal burning for heating supply in many areas.

"Beijing has experienced no heavy pollution at all so far this fall and winter. With fairly good air quality (considered to be below 100 on a 0-500 air quality index scale) for the past 40 consecutive days, air quality in the capital has reached its best level compared with previous records for the same period," he said.

Xu Bijiu, director of the general office at the ministry, said that thanks to the continuous efforts of the government in air pollution control, the average density of PM 2.5 particulate matter in the country's 337 major cities so far this year reached 31 micrograms per cubic meter, which is lower than the World Health Organization interim target of 35 mcg per cubic meter, which is also currently the national standard of China.

Those cities that previously failed to reach the national standard have also seen their combined average PM 2.5 density so far this year meet the target. "It's not easy to make it," he said.

Liu warned, however, that the meteorological conditions in the three regions are forecast to be unfavorable for the dispersal of air pollutants from January to March.

Together with China Meteorological Administration and local governments in those regions, the ministry will enhance forecasting and roll out measures to cope with possible heavy air pollution, he said.