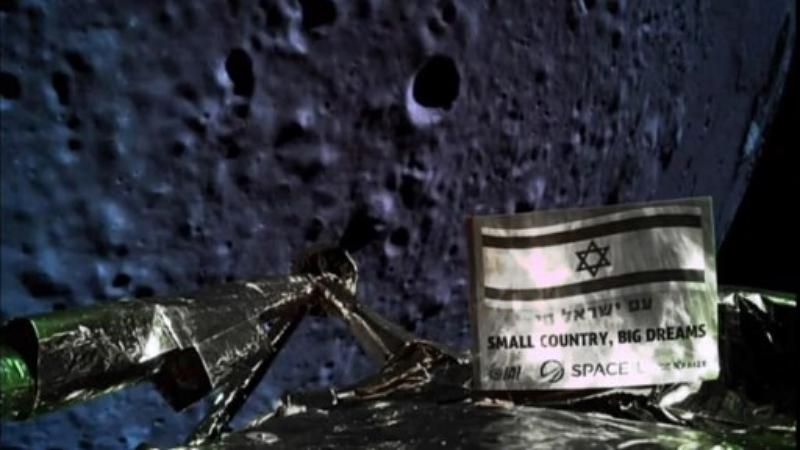 A handout picture released by SpaceIL and Israel Aerospace Industries on April 11, 2019, shows a picture taken by the camera of the Israel Beresheet spacecraft, of the moon's surface as the craft approaches and before it crashed during the landing. (PHOTO / AFP)

JERUSALEM - Israel has launched a project aiming to land a spacecraft on the moon, the state's Ministry of Science and Technology said on Wednesday.

This is Israel's second moon project, called Beresheet 2, after a first moon lander, Beresheet 1, crashed while attempting to land on the moon in April 2019.

Beresheet 2 will consist of three spacecraft -- an orbiter and two landers which are expected to land at two sites on the moon for conducting scientific experiments.

This is Israel's second moon project, called Beresheet 2, after a first moon lander, Beresheet 1, crashed while attempting to land on the moon in April 2019

At the same time, the orbiter is planned to circle the moon over several years and perform scientific experiments as well.

The entire spacecraft is expected to weigh about 630 kg. Each of the landers will weigh about 120 kg before landing and about 60 kg after landing on the moon.

The project will be led by SpaceIL, an Israeli nonprofit organization, in collaboration with the Israel Space Agency (ISA) of the ministry and the state-run company Israel Aerospace Industries.

The cost of the project is estimated at 100 million US dollars, with half of it to be funded by ISA-led international collaborations.

Israel's Minister of Science and Technology, Izhar Shay, said that seven countries from five continents have already expressed interest in participating in the project.

The project was launched by Israeli President Reuven Rivlin, in a ceremony held in Jerusalem.