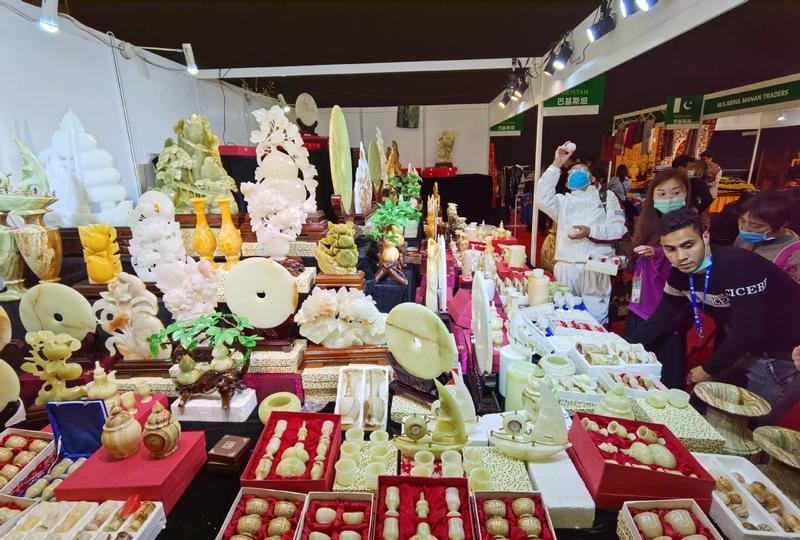 Multilateralism is picking up momentum thanks in part to the recent signing of the Regional Comprehensive Economic Partnership, paving the way for cooperative initiatives like the Belt and Road Initiative to enter into a high-quality development phase, said experts and business executives.

Development of the domestic market is key to forging a new path while further opening­up is needed to engage with international markets.

A resurgence of multilateralism and globalization is likely to herald a new era for the BRI, buoyed in part by surging demand for infrastructure hampered by the COVID-19 pandemic, said Wang Huiyao, founder and president of the Center for China and Globalization.

"Formed at a time when unilateralism temporarily prevailed, the pact represents a new collective voice by Asian and Pacific economies," Wang said on the sidelines of the fourth International Forum on the Belt and Road Initiative& Global Governance at Fudan University in Shanghai over the weekend.

"The signing of the deal is a vote of confidence for regional multilateralism, and stands to inspire the BRI to seek more multilateral arrangements that are broader in scale and depth," Wang said.

The RCEP carries heavily symbolic weight in opening up talks in areas such as the digital economy and cultural exchanges－areas that China is willing to play a bigger role in and offer its perspectives and solutions, he added.

"For instance, we've accumulated massive experience in leveraging the digital economy for the development of remote learning, online shopping and 5G networks that can be shared with the rest of the world through the BRI," Wang said.

He identified the adoption of soft approaches as being critical to advancing a high-quality BRI. They include exchanges among students studying overseas, international travel and cross-cultural communication via recreational activities.

Digital cultural works, especially in the form of internet-based novels and online games, are currently well positioned to convey Chinese values and solutions to the rest of the world, especially in light of China's booming internet development, said Shen Guolin, a professor at Fudan University's School of Journalism.

"The key to success should be anchored on forming a benign business model from production, circulation and selling, engaging with global audiences and establishing a databank of Chinese digital culture," he said.

While the pandemic has temporarily delayed some on-site project inspections and deals between China and related economies, experts believe it is also a good time to further streamline some of the institutional arrangements that can pave the way for substantial cooperation over the long run.

"For instance, shows and performances featuring traditional Chinese arts and culture have gained massive popularity among foreign audiences. We shall continue carrying out such projects by streamlining procedures and moving things forward," said Xia Peng, an official working for local cooperation between China and Shanghai Cooperation Organization member states and based in Qingdao, Shandong province.

Zhang Dongdong, general manager of the China (Ningbo) Central and Eastern Europe Youth Innovation Center, said people-to-people exchanges remain critical and are designed to incubate startups by promising opportunities for youngsters in the economies involved with the BRI.

Since its establishment in 2014, the center has facilitated 675 projects, including 105 with foreign involvement, covering more than 50 countries.

Some 3,000 exchange sessions between government agencies, businesses and personnel have been held, Zhang said.

"We've introduced special Chinese language courses twice per week, and they have been highly welcomed by the expat community," he said. "Our objective is to let foreign business owners promote Ningbo and China on a voluntary basis."

"Development of the domestic market is key to forging a new path while further opening-up is needed to engage with international markets. BRI markets are core components in both scenarios," Chen said.