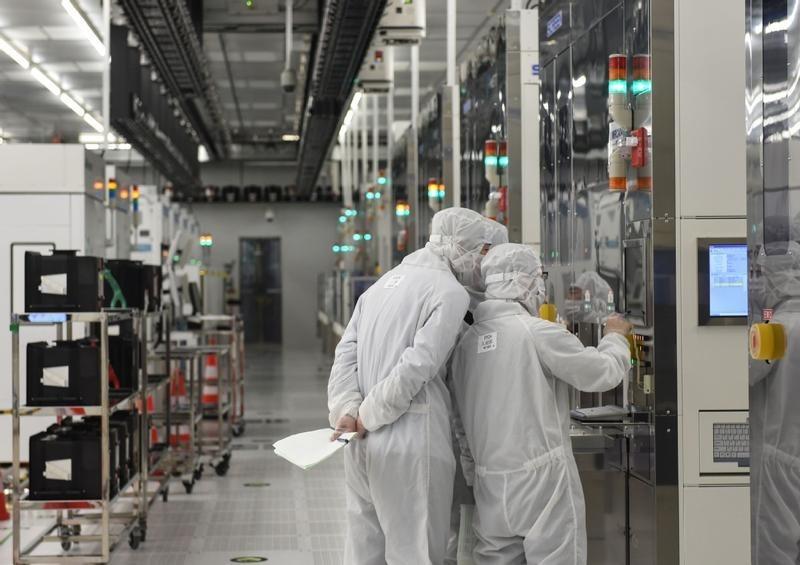 The technology export controls that the US government has imposed on Chinese companies are putting US semiconductor firms at a major disadvantage, industry experts said.

China is the world's largest market for semiconductors, said Jimmy Goodrich,vice-president of global policy at the Semiconductor Industry Association, at a recent webinar.

"China is today, has been and will be extremely important for the future of the semiconductor industry," said Jimmy Goodrich, vice-president of global policy at the Semiconductor Industry Association.

China is the world's largest market for semiconductors, accounting for 23 to 35 percent of the sales of US producers, said Goodrich at a recent webinar.

"For US semiconductor companies, who today are the world leaders in chip design, that revenue is super important because roughly a fifth of US semiconductor revenue is reinvested back into research and development that totals US$40 billion annually," he said.

ALSO READ: Buoyed by Q3, SMIC shrugs off US curbs

By adding Chinese companies to its so-called entity list for export controls, the US government is seeking to restrict Chinese companies from buying US technology over alleged national security and intellectual property concerns.

"The vast majority of these actions have been unilateral in nature, meaning that the United States is the only country in the world that continues to place these companies on their entity list," Goodrich said.

"Many other countries don't even have an entity list, particularly those that are important in the semiconductor industry."

As a result, the US exporters "are put at a major disadvantage" because their competitors in Europe, Japan and South Korea can continue to ship to China with no restrictions, he said.

"That just means less money in the pocket of US companies, but more importantly the national security objective is not even achieved," Goodrich said.

"It's always a better strategy to run faster in the race to be a better athlete and able to outrun your competition. And we could easily be investing more, both in domestic manufacturing and in basic research and development and workforce, because at the end of the day it's nice to have more fabs, and you need to have the technology to power them," he said, referring to manufacturing plants in which silicon wafers are turned into integrated circuits.

Willy Shih, a professor of management practice at Harvard Business School, agrees that the entity list is not a good strategy.

"I think it's unfair to be shutting all these markets down for our companies and then not helping them out at the same time," Shih said.

"The answer on these things is we have to run faster and we do have to invest more in innovation."

But with the imposition of expert controls, "we have put them (Chinese companies) on notice that you cannot depend on US suppliers", Shih said.

He told the webinar that no country has monopolized a key technology in the longer run. "This was not the case when the United Kingdom was the leading industrial power in the 18th century. Technology tends to diffuse, and that's what it does," Wang said.

Despite the export controls, Wang said it is possible that Japanese or European firms will provide these technologies to China, that the US firms can manage to offshore some of their production, or that Chinese firms could be driven to develop their own chips.