Buoyed by Q3, SMIC shrugs off US curbs 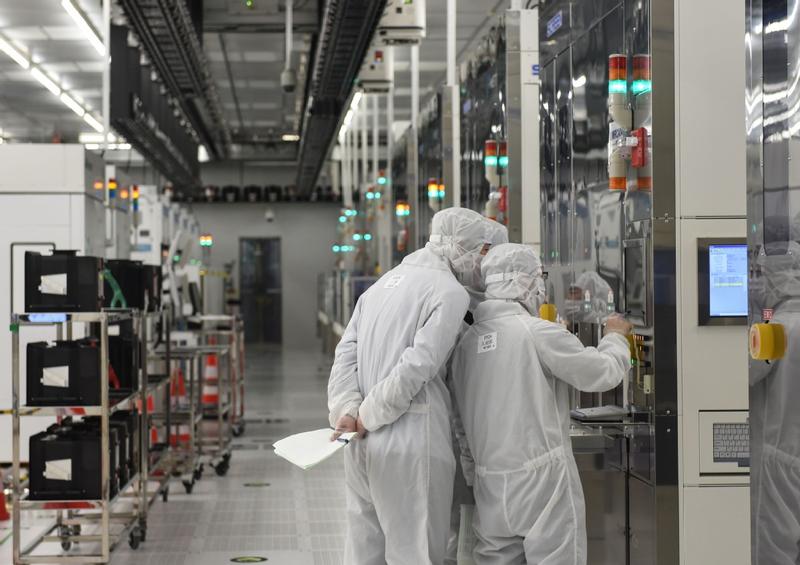 China's top chipmaker Semiconductor Manufacturing International Corp said on Thursday that any possible effects of the US government restrictions on its business are "controllable", after reporting a record growth in third quarter revenue.

"The company is currently operating normally. The export controls will have a certain effect in the short term, but it is controllable," SMIC Chairman Zhou Zixue said during an earnings call on Thursday.

Compared with the existing 14-nanometer process, N+1 manufacturing technology can increase a chip's performance by 20 percent and cut its power consumption by 57 percent, the company said.

"The N+1 has entered a small-volume market and the applications are mainly for high-performance computing," Liang said. "SMIC is also cooperating with domestic and overseas customers on more than 10 advanced process tape-out projects, including 14-nanometer process and more advanced technologies."

The 14-nanometer process is SMIC's most advanced process available as of now, and can be used in smartphones, tablets, set-top boxes, AI, radio frequency and other applications.

In September, Reuters reported that the US Commerce Department's Bureau of Industry and Security informed some firms that they need to obtain a license before supplying goods and services to SMIC due to so-called "unacceptable risk" in military end-use. SMIC said it does not have any military end-users.

"If SMIC's operations are restricted, all its customers, not only from China but across the world, will find it difficult to source chips," said Xiang Ligang, director-general of the Information Consumption Alliance.

Founded in 2000, SMIC has successfully mass-produced a smartphone processor for Huawei Technologies Co with its 14-nanometer manufacturing process, marking a breakthrough in Chinese mainland's efforts to boost its chip-making industry.

According to data provided by Bloomberg, among SMIC's 38 biggest customers, Chinese mainland accounted for 34 percent of the total, as of August. The US is in third place accounting for 24 percent, while South Korea took the fourth spot.

"Though SMIC's manufacturing process still has a long way to go to catch up with those of industry leaders, China's huge investment into its chip sector after the US restrictions is expected to pay off," Xiang said.

Xiang said that Chinese semiconductor companies had raised 144 billion yuan (US$21 billion) by July this year, reaching 2.2 times the level of 2019 in the first half.

In response to a question about not being able to produce chips for Huawei Technologies Co after mid-September, Liang said the firm's products were "not designed for a single customer" and its businesses are "diversified enough to switch capacity" to others.

"It is not only in mobile phones, there are many others in low-end consumer electronics, automotive, the internet of things and artificial intelligence," Liang said. "We estimate that in the next two to three quarters, we can cater to the previously set production schedule."