By Cai Fang and Du Yang 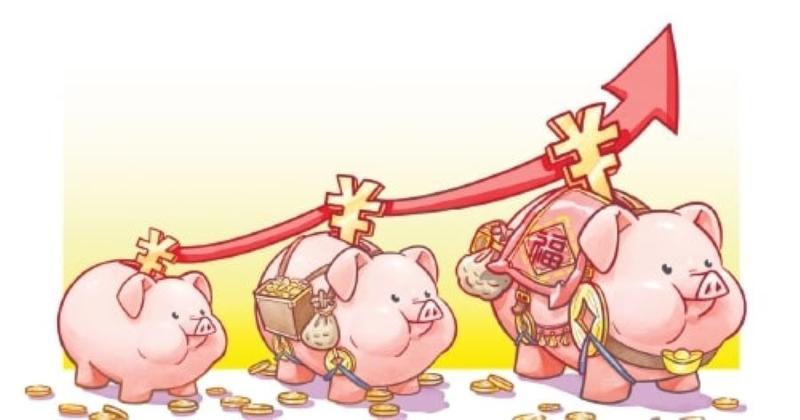 China's savings rate, although high, has been declining of late, after reaching a peak of 52.3 percent in 2008.

The national savings rate remained at 46.2 percent in 2017, the latest year for which full data are available, more than double the world average of around 20 percent and higher than that in other high-saving East Asian peers.

The decline appears to reflect that the economic structure is upgrading to a more balanced state, which indicates a positive. Falling government savings are the main factor behind the decline, but as private sector savings account for a larger proportion of national savings, any further declines in the national savings rate in the future will be mainly triggered by decreases in the private savings rate, especially in the household savings rate.

ALSO READ: A glance at drafting process of CPC proposals for five-year plan

As wages have experienced rapid growth in China over the past decade and are growing faster than labor productivity, it is expected that the growth rate of household income will slow down during 2021-25 and lead to a decline in the household savings rate. The uncertainty caused by the ongoing COVID-19 pandemic will have a smoothing effect on consumption and reduce the savings rate during the early stage of the 14th Five-Year Plan period.

The savings rate of enterprises is likely to see a small upward momentum during the period. As industry concentration increases, the savings behavior of large enterprises will bring up the overall level of savings. Such trend will continue during the 2021-25 period. In addition, global uncertainties brought by woes like Sino-US trade frictions and the COVID-19 pandemic will push firms to save more to mitigate possible operational risks.

The public savings rate will continue to drop during the same period. To better cope with the aging population issues, the social security spending on old-age care, healthcare and related areas will continue to rise. Together with moves like tax cuts or expansionary fiscal policies, these will further drive down the public sector savings rate.

In addition, the COVID-19 impact on the economy has not been completely digested. How long this pandemic will last remains unknown. The post-epidemic economic recovery, which is always accompanied by massive public spending, will also reduce public savings. But as the share of public savings in national savings falls, its marginal contribution to changes in national savings will become smaller and smaller.

Apart from the factors discussed above, demographic changes may determine future declines in savings rates.

China's private sector savings rate accounted for 92.7 percent of national savings in 2017, with 45.4 percent of corporate savings and 47.3 percent of household savings. The increase of population dependency ratio and the change in structural factors are the main determinants of the change in residents' savings.

During 2021-25, the number of the working-age group will further decrease by 25 to 30 million, much faster than the pace seen during the 13th Five-Year Plan period.

China's social security system is still in the process of continuous improvement, and because the pressure of aging population is becoming more and more obvious, reducing or at least not raising the replacement rate of pensions is still an inevitable trend. This will inevitably affect people's savings behavior, and the specific impact on the savings rate will be shaped by the content and strength of the reform.

In addition to demographics, there are other factors affecting the residents' savings rate.

China's urbanization process is not only an important driving force to expand employment and promote the growth of residents' income, but also a significant stimulus to expand consumption, especially after the completion of the reform in social protection system and public services, as more coverage of the migrant population will stabilize their expectations for the future and increase their consumption at present.

Speaking of the impact of changes in savings rates on the macroeconomic scene, there are some characteristics in the relationship between savings rate and economic growth in China.

First, the savings rate is a driver of economic growth, so China's long-term high-speed growth has an inevitable correlation with its high savings rate.

In response to the COVID-19 pandemic this year, all nations have put forward different stimulus programs to mitigate the impact. For the majority of the countries, the level of savings, given the level of economic development, determines a country's ability to respond to crises.

According to the fiscal stimulus plans that have been announced so far and the savings rates of each country in 2018, those with higher savings rate obviously have more proactive plans, reflecting that more national savings give you a stronger hand to carry out stimulus plans, to cushion against the impact of the COVID-19 pandemic.

Based on the information collected so far, we have reached the following understanding:

First, China's high savings rate is typical and has laid a solid foundation to carry out more proactive fiscal policy to handle the COVID-19 epidemic.

Second, to deal with the impact of the COVID-19 epidemic on their national economy, the governments concerned should not only offer a helping hand to the micro and small-sized enterprises hit hard by the virus, but also arrange income-payment plans to safeguard the livelihood of the low-income families.

Third, the COVID-19 epidemic will have an impact on the savings behavior of residents and businesses, and the motivation for preventive savings is likely to increase in the future.

In conclusion, China should seek a growth pattern that matches the trend of the savings rate. When demographic dividends and the old growth patterns are not leading to sustainable development, the link between high savings rates and economic growth will no longer be strong.

In the near-to-medium term, the trend of aging population has been difficult to change, but timely changes in population policies will help form a more balanced population structure in the future and reduce fluctuations in savings rates.

Last but not least, financial institutions should provide comparable financial services to small and medium-sized enterprises, private enterprises and giant corporations, and eliminate the inequality problems, which will help improve the efficiency of capital allocation and form a reasonable savings behavior.