Bands in need of aid

Plagued by skyrocketing rents and licensing restrictions even before COVID-19 struck, now HK’s live music scene has to deal with an existential crisis triggered by the pandemic. And yet the city’s grassroots musicians bravely soldier on. Ginger Wong reports. 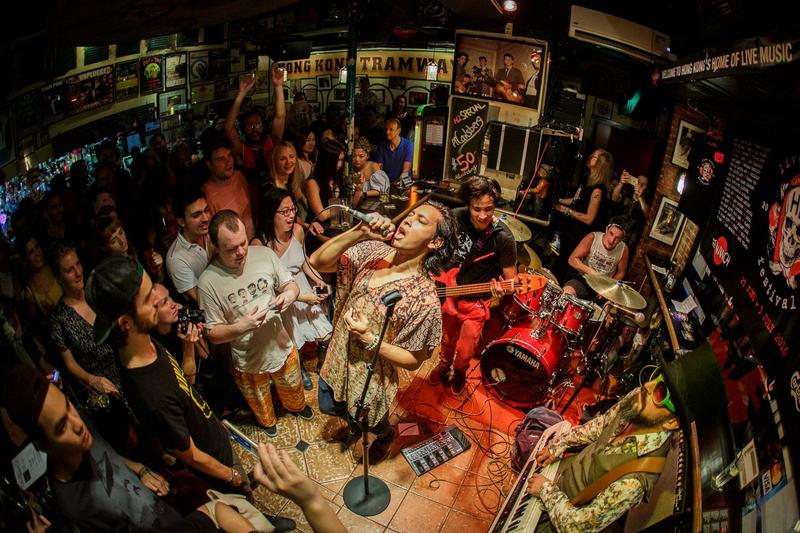 Organizers of the H2 Festival are not too keen to do a virtual edition of the highly-popular music event. (PHOTO COURTESY HONGKONG-ROCKS.COM)

‘Everybody stand up! Let’s welcome Shumking Mansion!” shouts Chris B of The Underground, throwing her arms wide open. The local psychedelic quartet Shumking Mansion appears on the screens of digital devices, playing to audiences sitting in the comfort of their homes.

Live concerts were ruled out when the pandemic arrived in Hong Kong in January end. Since then, The Underground, a platform serving grassroots bands in Hong Kong for over a decade, is curating virtual concerts instead. At their online concert in September, two Hong Kong bands — Andy Is Typing and Shumking Mansion — performed back-to-back on YouTube. The songs were interspersed by pre-recorded clips in which different musicians shared their experiences of participating in The Underground-hosted events.

The Underground is only one among Hong Kong’s several music concert platforms to move their live shows online in the wake of the pandemic. Leading music promoter Wow and Flutter rolled out their pro-shot weekly Live@Home series as early as February. Singer-songwriters like Tomii Chan, William Elvin, and Marstn have hosted their own livestreaming concerts on various social media platforms.

Although most online music concerts are free to access, efforts are on to find avenues of monetizing some of these. Rather than charging fans for digital entry, The Underground is encouraging viewers to make donations to support the virtual concerts.

“With so many free shows available on the internet, it’s hard to ask people to pay. There’re online concerts that charge which rarely get discussed and people are not interested in seeing them,” says Chris B. “So we’re inviting people to come and enjoy good music, and if you want to help out by donating, that’s even better.”

“It’s technically possible to move the H2 Festival online,” he says, referring to the free annual live music festival hosted by The Wanch. “But bands want to play to a packed venue and audiences want to connect to the bands.” Given the myriad distractions online and the fact that virtual shows can be switched on and off at will, he doubts if viewers would commit to watching grassroots artists in numbers comparable to what a music venue might draw in regular times. Hence, the possibility of making any money from such events is rather slim. 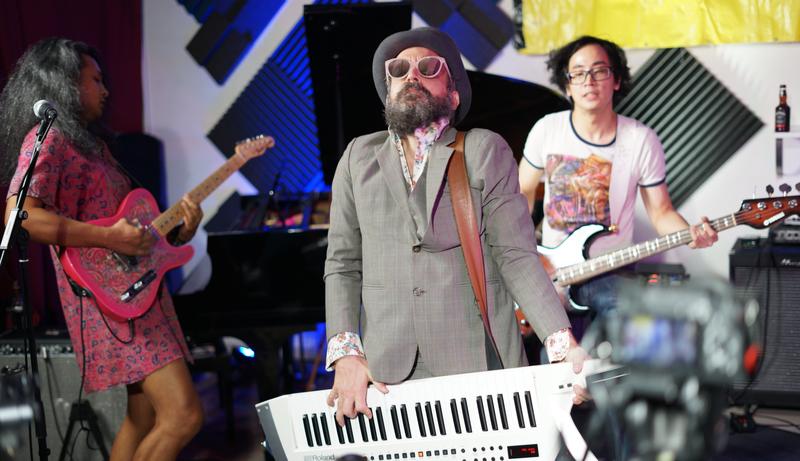 It is of course another matter that concerts presented in a digital format cannot substitute the emotional and cultural value of a live show. Much of the magic conjured up during a live gig is owed to its ephemeral nature.

“For live shows, the keyword is ‘live’ — you want to live in the moment and be in the same place as the performer. It’s all about the exchange of energy and passion between artist and audience. It’s hard to create the same circle of energy with the online format,” says Goodman, who fronts the Hong Kong-based four-piece The Sleeves. The band, he says, is just finishing writing their third album. “We’re desperate to play live, polish the new songs and see how audiences will react to them. We’d probably rather play a socially distanced concert than livestream. But after months confined to practice rooms, we’d be happy to play live in any format right now!”

The socially distanced indoor performance model has been put to test in Hong Kong. Indie-folk singer-songwriter Tomii Chan’s ticketed solo outing in February was attended by an audience of 30, all of whom wore masks and were required to thoroughly sanitize their hands before entering the venue.

But Chan wouldn’t call it a sustainable solution. With the social gathering ban still in place, there’s not much point in promoting the event widely, he says. “It’s the same crowd every time and it’s almost as if you’re banking on the goodwill of friends and supporters.” 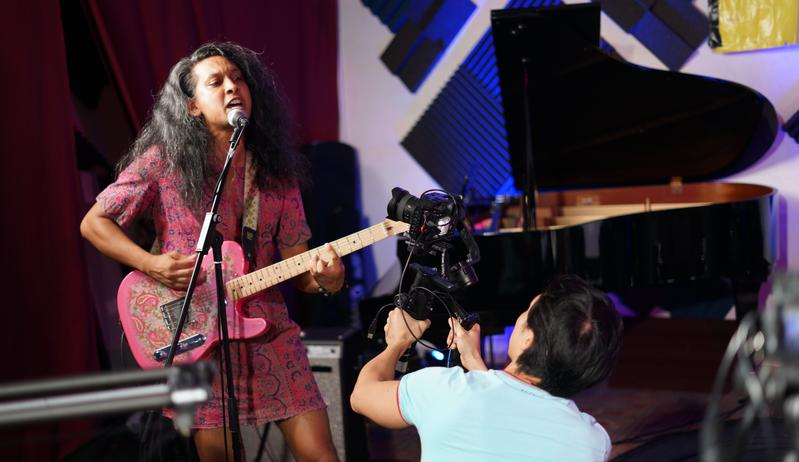 Not surprisingly, the coronavirus crisis has exposed the flawed, precarious nature of the indie music industry most glaringly. For example, live music venues are getting harder to find.

“Nearly all ‘proper’ venues with a capacity of around 100 to 150, like Mom Livehouse and Hidden Agenda: This Town Needs, have closed down. While the next possible alternative might have been approaching private studios or arts spaces that are open to hosting concerts, many such venues have already cut down on their business and ceased hosting events due to hygiene concerns,” Chan says.

Even prior to the pandemic, independent music venues across Hong Kong were struggling to cope with skyrocketing rent and stringent licensing as well as operating restrictions. For example, Hidden Agenda: This Town Needs had recurring problems with getting a valid license to operate as a live music venue. Besides, visas for visiting bands weren’t easy to obtain. They moved locations several times before finally closing down in February. The Wanch has suspended live music shows in its Wan Chai premise until COVID-19 is reined in. 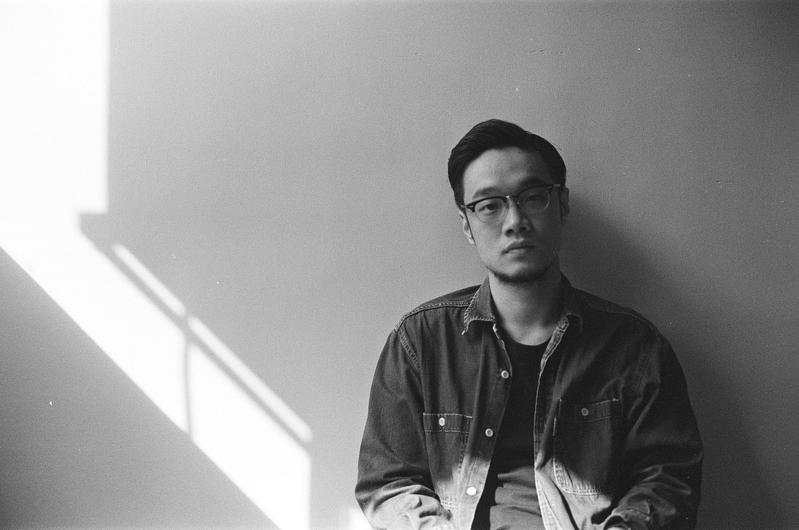 “There’re not enough venues in Hong Kong because the government doesn’t seem to value or support the role they play in the city’s creative culture,” says Goodman. “Hong Kong lacks the middle ground between international bands and grassroots bands. How can a local artist grow and evolve from playing to 100 people to a crowd of 10,000 plus? There’s no infrastructure that enables it.”

The double whammy of a prolonged civil unrest in 2019, followed by the coronavirus outbreak has created an existential crisis for several grassroots music venues. Oliver Breit, whose concert promoting company Plan Nine Promotions had previously brought international acts such as The Damned and From The Jam to perform in Hong Kong, says that when live shows do return, booking artists and bands would be less of a challenge than finding a place for them to play at. 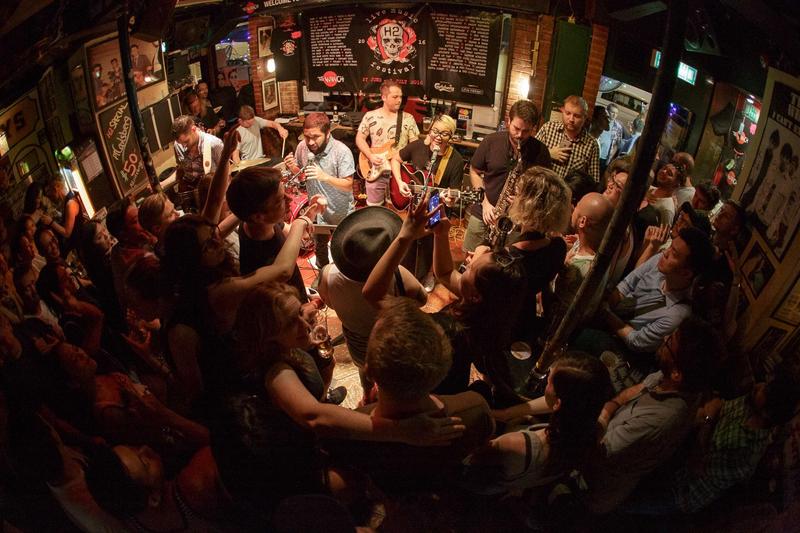 A scene from a previous live edition of The Wanch’s H2 Festival. (PHOTO COURTESY HONGKONG-ROCKS.COM)

“Land in Hong Kong is highly property-driven. We’ve been contacting overseas musicians and many are keen to come because they need the income, but there’s simply nowhere for them to play at, unless the government provides affordable space and long-term venues so that organizers can plan effective show schedules,” Breit says.

Hong Kong stands to lose not just the indie music output from local bands but a musical culture as well unless something is done to stop more music venues from shutting down. Although the scenario looks grim, both Goodman and Breit believe there is a strong case for reviving live music concerts by grassroots artists in the city as the demand for such music has only grown stronger during the year of the pandemic.

“Hopefully there’ll be a rebound next year once we’ve weathered the crisis,” says Goodman. “This year has given people a chance to reflect and realize how much they miss live music, so they’ll hopefully appreciate and support the local scene much more in the future.”