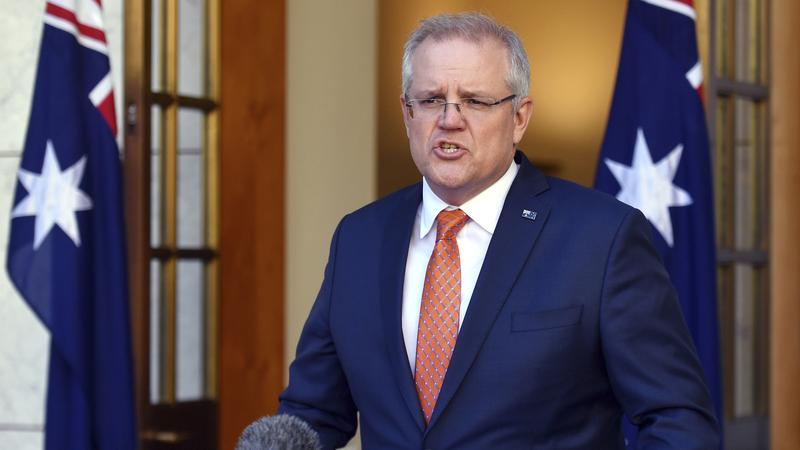 CANBERRA - Australia's Prime Minister has declared that he will not be dictated by other governments on climate change goals.

Scott Morrison recently said that he was "not concerned" about Australia's future exports despite some of the country's trading partners adopting net-zero emissions targets.

At a press conference on Wednesday afternoon, a journalist asked a question by saying, "Australia's major trading partners Japan, China, the EU have all moved towards a net zero emissions target. Why is Australia so reluctant to adopt a target and concerned about our future exports?"

His comments came after British PM Boris Johnson called for "bold action" to address climate change in a phone call with Morrison.

According to the Brisbane Times, China, Japan, Britain and South Korea, which account for more than 310 billion Australian dollars (US$219 billion) in Australian annual trade, have all now adopted the emissions target by 2050 or 2060, jeopardizing Australia's coal and natural gas exports.

China aims to have CO2 emissions peak before 2030 and achieve carbon neutrality before 2060.