Young HK entrepreneurs are finding their feet in the Bay Area, where the digital economy has seen rapid transformation in recent years, stimulating the consumer market and creating jobs in the face of the COVID-19 threat. Chen Zimo reports. 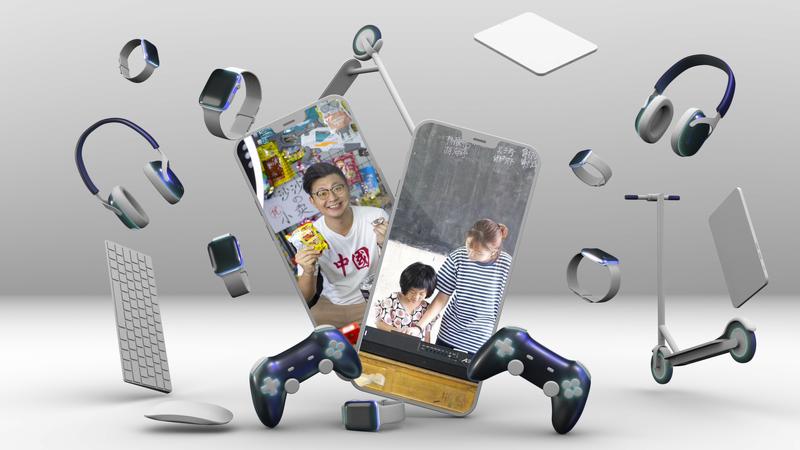 When Ronald Cheng Pang-cheung chose to start a media company in Shenzhen in 2015 to help farmers in the remote regions of Guangdong province market their products, there was no such thing as TikTok and hardly any live e-commerce platforms on the internet.

The 27-year-old from Hong Kong had to rely on Tencent’s WeChat public accounts, which, at that time, were criticized for being “unfriendly” to users wishing to put out a video.

In reality, I’m encouraged by two factors — the rapid development of digital media and the Guangdong-Hong Kong-Macao Greater Bay Area taking off

Lacking business experience and funding, his enterprise was a non-starter and was soon tottering on the brink of bankruptcy. Not only did he fail to deliver farmers’ produce to the tables of consumers, he couldn’t make ends meet and had to survive on instant noodles for three months.

But his fortunes took a turn for the better a year later in the form of a viral video. A real-estate company asked Cheng to devise a marketing project concerning a show-business celebrity couple’s divorce drama. So, he produced a show asking people in the streets whether they would choose a house or their children in a hypothetical divorce case.

The video, which sparked a heated debate, drew 30 million views within two days of its release on video hosting platforms, earning Cheng 1 million yuan (US$149,000) from investors and several media projects, including advertising, making web series and online movies.

Two years later, when the couple officially divorced, Cheng’s company had landed on the emerging viral social networking service Douyin — the original and mainland version of TikTok. By then, he already had his finger on the pulse of the digital era.

“Fortunately, we’re betting on the right track. As the TikTok accounts attracted more and more traffic in June last year, our team had grown from just three staff at the onset to more than 20 and finally got the business off the ground, managing more than 100 official accounts,” recalls Cheng. 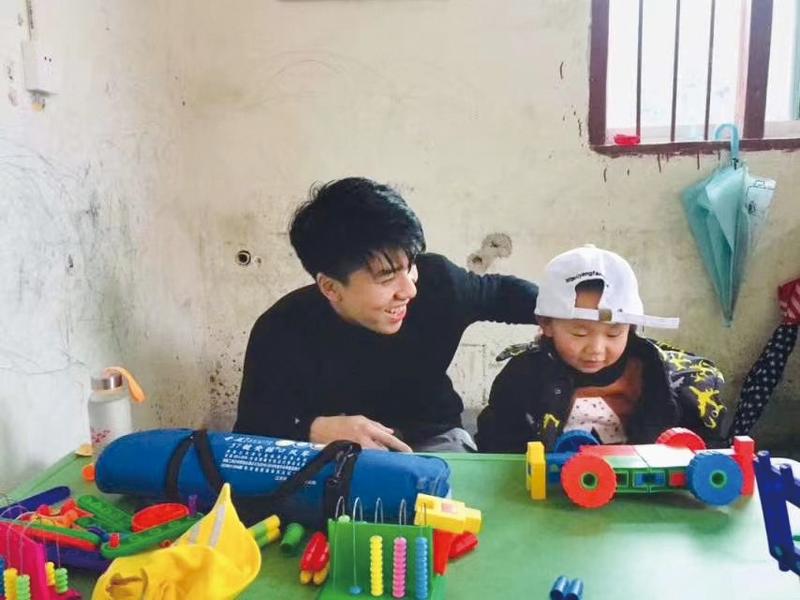 Volunteers of Barefoot, a volunteer group founded by Ronald Cheng Pang-cheung when he was a university student, teach and play with children at Zhangshu Elementary School in Ganzhou, Jiangxi province, in August 2019. (PHOTO PROVIDED TO CHINA DAILY)

Cheng, now chief executive of Shenzhen-based Hugo Media Technology, says all one needs to do to lift off in business is to seize every opportunity that comes along and go for it. A successful project speaks for itself and clients will bring in other clients, allowing the business to grow naturally.

Sitting on one’s laurels won’t work, he believes. Cheng and his team always maintain a sense of crisis in such a competitive industry, where 3 to 5 percent of the top media companies can make the grade and survive.

Players in the field have to keep an eye out for hourly trends on different social media platforms and decide which ones are worth making a story about. Most of the topics don’t last more than five hours, says Cheng.

“In reality, I’m encouraged by two factors — the rapid development of digital media and the Guangdong-Hong Kong-Macao Greater Bay Area taking off,” he says. He has carved out his career on the cusp of the Chinese mainland’s digital transformation.

In recent years, the Chinese mainland has set its sights on the fast-growing digital economy — a mode that uses digital computing technology to boost production and consumption. The added value of the mainland’s digital economy reached 35.8 trillion yuan last year, accounting for 36.2 percent of the national gross domestic product, according to the China Academy of Information and Communications Technology.

In July this year, 13 central government departments co-signed a document backing the development of the booming industry. The digital economy is expected to stimulate the consumer market and increase employment in the face of the challenges posed by the COVID-19 pandemic, the document said.

“Everyone, and cities as well, has a goal to hit the finish line. We’ve to keep running,” says Cheng, noting Hong Kong has been struggling to find a path for itself.

He hopes Hong Kong will feel it’s not satisfied with what it has achieved so far or its present position. Cheng’s father had helmed a large logistics company in Hong Kong. Before retiring, his business had been shrinking as throughput at Hong Kong’s ports gradually lost out to those of cities on the mainland.

In his profession, Cheng feels Hong Kong’s cultural influence has been in a free fall. When his colleagues consulted him about getting quotes from Hong Kong movies or TV series, they were always referring to classics from a decade or even decades ago.

With the cultural difference posing a bit of a challenge, he says it’s rare for him to see Hong Kong people in his industry although a growing number of young Hong Kong people have been settling down in Guangdong and other regions on the mainland to explore career opportunities. As of November last year, more than 600 startup projects initiated by young people from Hong Kong and Macao had taken root in more than 50 innovation platforms in Guangdong, according to rough estimates.

But some Hong Kong people’s knowledge of the mainland’s contemporary culture is still trailing, not going beyond a few entertainment stars, says Cheng.

The solution is to get involved. “No book can cram in all that knowledge about where you’re living. It must be constantly accumulated every day.”

Living on the mainland for the past decade, Cheng has met people from different backgrounds. In his first year at Jinan University in Guangzhou, Cheng founded Barefoot — a volunteer group — and donated supplies to rural areas in Guangdong and taught children during long vacations. The experience made him determined to start his own business after graduation and open up a network that would connect secluded mountains with the cities. 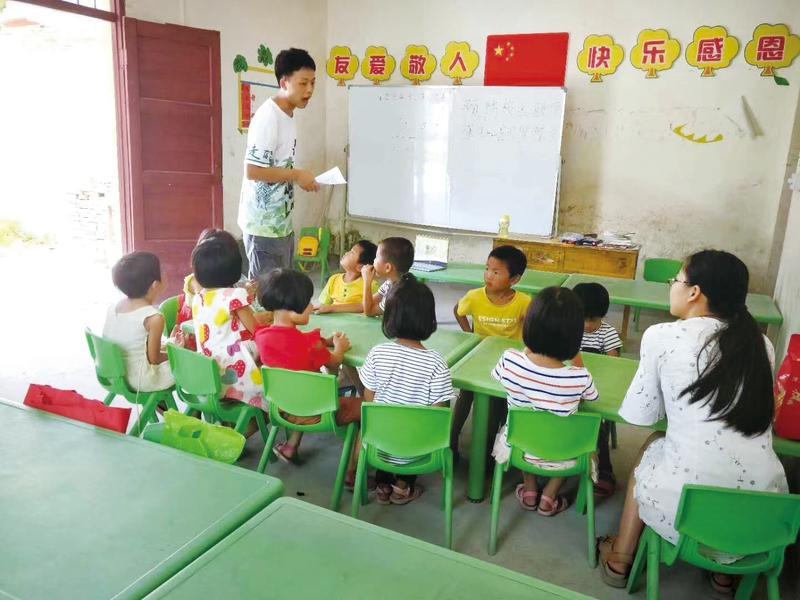 Cheng recently returned from a fruitful trip to northwestern China, including Gansu and Shaanxi provinces — homes to a wealth of ancient Chinese historical sites.

He stressed that the journey would not have been a smooth ride two years ago when it was not possible to buy a ticket from an automatic ticketing machine at a train station using a mainland travel permit for Hong Kong and Macao residents. They had to queue up at the counter to get their tickets.

The conundrum was soon solved with residents from Hong Kong, Macao and Taiwan being allowed to apply for residence permits on the mainland if they’ve lived, worked or studied there for more than six months. The new permit, which grants them the same rights and treatment as those of mainland residents in the use of public services, saves Cheng and others like him the hassle of queuing up at the counter.

According to the Hong Kong Special Administration Region government, more than 200,000 Hong Kong people had applied for the permits as of September last year.

Other favorable policies introduced by the mainland authorities have been immensely helpful to startups like Cheng’s. 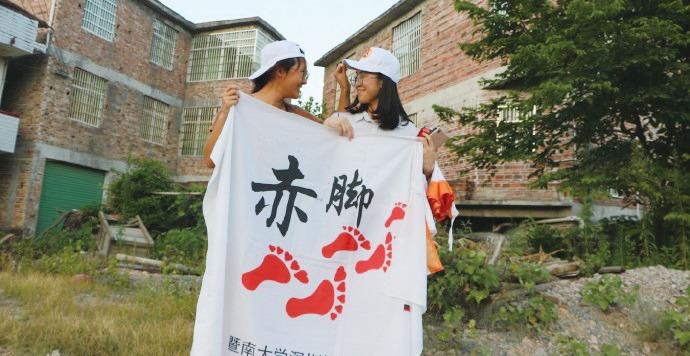 The local authorities would visit startups there and ask them what they would need, “putting themselves in our shoes” when implementing policies, says Cheng.

With Shenzhen set to launch a new round of reforms in the next five years. Cheng says he looks forward to seeing some relaxation of quota restrictions on foreign exchange, which would allow his company to expand cooperation with global partners.

The online trend in the Bay Area has given fresh impetus to more young people born and bred in Hong Kong.

Yeung Ka-fai, who will graduate in 2022 from the Fujian University of Traditional Chinese Medicine, has also set his sights on the burgeoning online e-commerce business as he believes it’s “in trend”.

He aims to create an online to offline (O2O) platform to match TCM-related healthcare services provided by practitioners to cope with rising market demand.

Yeung joined a trainee program for livestreaming e-commerce initiated by the Hong Kong e-Commerce Research Centre this year to give him a head start in building his career in the domain. 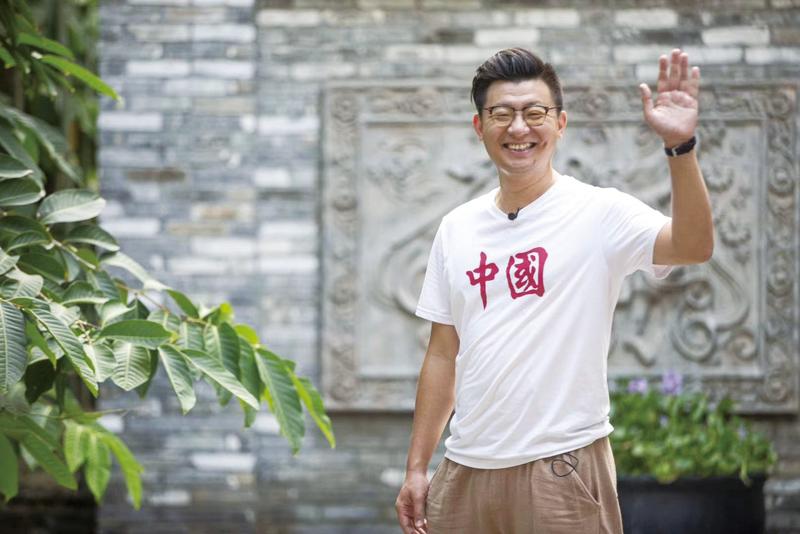 He has been trained in all-around skill sets, including how to resonate with target audiences, thereby leveraging livestreaming platforms like Taobao Live to bolster sales for their businesses.

In a report on Hong Kong’s current information and technology status and future prospects — Realizing Hong Kong’s Innovation Potential in the Greater Bay Area — Naubahar Sharif, associate professor of social science and public policy at the Hong Kong University of Science and Technology, said that to catch up with the Chinese mainland in the new economy, greater attention should be paid to promising strategic areas, such as e-commerce, to facilitate collaboration in innovation with enterprises and institutions in the Bay Area.

The Bay Area, he argues, remains the best bet for young Hong Kong people in unleashing and realizing their innovation potential.

Having made a mark in livestreaming e-commerce with more than 30 million engagements, Cheng persistently sticks to his mantle when setting foot in the digital media — going to great lengths to promote the Bay Area to Hong Kong’s younger generation. “In so doing, we intend to showcase the Bay Area’s development in the form of short videos.”

He hopes to use his tried-and-true experience to paint a brighter picture for his peers in Hong Kong to go to the Bay Area and get hands-on experience themselves.

Cissy Wang contributed to this story.