Condensed Champions League to start under shadow of COVID-19 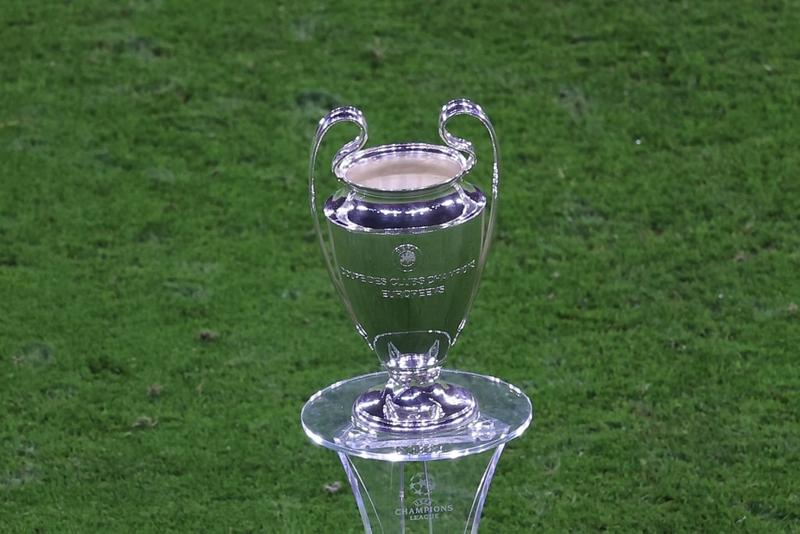 In this Sept 24, 2020 photo, the Champions League trophy is on display prior to the UEFA Super Cup football match between FC Bayern Munich and Sevilla FC at the Puskas Arena in Budapest, Hungary. (LASZLO SZIRTESI / POOL / AFP)

BERN - A condensed version of the Champions League group stage finally gets under way on Tuesday, with COVID-19-related disruptions an ever-present threat hanging over the competition.

UEFA’s rules say that teams may have to forfeit matches in the Champions League, particularly if they fail to inform it of restrictions imposed by local authorities on either themselves or the visiting team

The 32-team contest will start one month later than usual, a knock-on effect of the pandemic interrupting last season for three months, although the group stage will finish as usual in early December with six matchdays squeezed into a 50-day period.

It kicks off with a heavyweight clash between Paris St Germain and Manchester United on Tuesday in Group H, bringing back memories of the English side’s comeback two seasons ago when they won on away goals after losing 2-0 at home.

Barcelona host Hungarians Ferencvaros, back in the group stage after a 25-year absence, in another Tuesday match, while Wednesday’s games include titleholders Bayern Munich v Atletico Madrid and Ajax v Liverpool.

European soccer body UEFA settled on the new timeframe in early June when the pandemic appeared to be under control in Europe. But with the recent surge in infection numbers around the continent, it has begun to look increasingly ambitious.

Cristiano Ronaldo is among the players who have tested positive recently, and he will miss Juventus’ opening match away to Dynamo Kiev on Tuesday.

The Portuguese could also be forced to sit out the following week’s match at home to Barcelona, when he is due to face his old rival Lionel Messi for the first time in over two years.

UEFA has drawn up a detailed health protocol which, in principle, allows teams to play even if members of their squad test positive.

As long as a team has a minimum of 13 available players including one goalkeeper, matches can go ahead. Clubs will also be allowed to field players who were not initially registered for the competition to make up the numbers.

However, UEFA recognises that national authorities could intervene and order an entire team into quarantine, as happened last week in a European under-21 qualifier between Iceland and Italy.

Two Italian players tested positive before travelling and even though the rest of the squad returned negative results they were all sent into quarantine after arriving in Iceland and the match was postponed.

UEFA’s rules say that teams may have to forfeit matches in the Champions League, particularly if they fail to inform it of restrictions imposed by local authorities on either themselves or the visiting team.

However, UEFA says it may also reschedule matches in some cases and has set a deadline of Jan. 28 for them to be played, giving clubs a potential seven-week extension to complete their fixtures.

The kind of problems the pandemic can cause in longer competitions became clear in last week’s international break when Ukraine had to bring 45-year-old assistant coach Oleksandr Shovkovskyi out of retirement to serve as a backup for goalkeeper Georgiy Bushchan after three other keepers tested positive.

Elsewhere, Ireland pair Aaron Connolly and Adam Idah were ruled out of their Euro 2020 playoff tie away to Slovakia after being deemed close contacts of a staff member who tested positive. Ireland, who were eliminated, said later tests showed the staffer’s result was a false positive and the pair could have played after all.

Meanwhile, the Czech Republic had to split their squad into two because of inconclusive tests following a friendly in Cyprus, with half remaining on the Mediterranean island until new tests could be conducted.