Over 5m Guineans expected to vote in presidential election 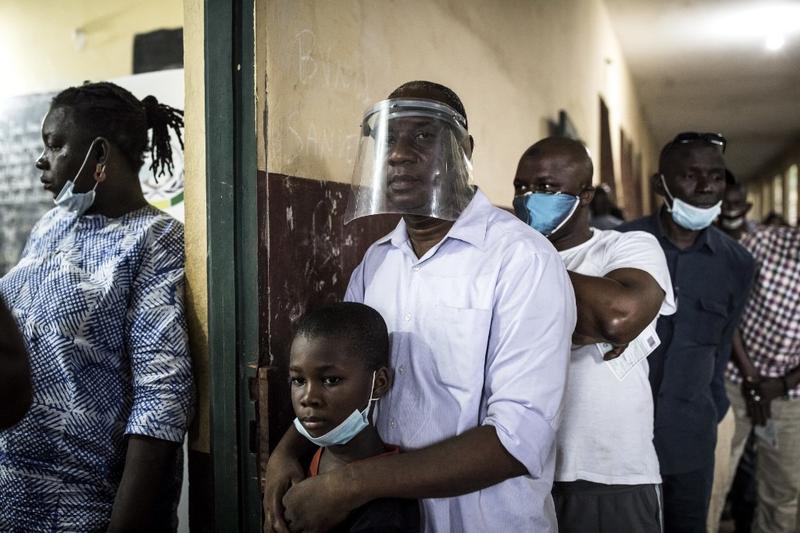 Voters wait in line outside a polling station in a school ahead of presidential elections in Conakry on October 18, 2020. (JOHN WESSELS / AFP)

CONAKRY- Guinean citizens began to vote in the presidential election on Sunday morning.

In the commune of Matoto, one of the largest communes in Conakry, the voting operations for voters began between 7:30 and 8:00 GMT.

At Yimbaya Primary School, the head of the polling station Issa Camara said that everything is going well without "any worries." "We started to invite the citizens to vote at around 7:35 a.m.," said Camara.

In most polling stations, the security arrangements and the sanitary kits for hand washing are well prepared

In most polling stations, the security arrangements and the sanitary kits for hand washing are well prepared. However, the social distancing rules are reportedly not being followed closely among voters.

Reports said they pressed against each other despite the instructions given on the eve of vote by the health authorities of the country.

More than five million Guinean voters are registered in their electoral districts. A total of 12 candidates, including the current president Alpha Conde, are registered for the presidential election.