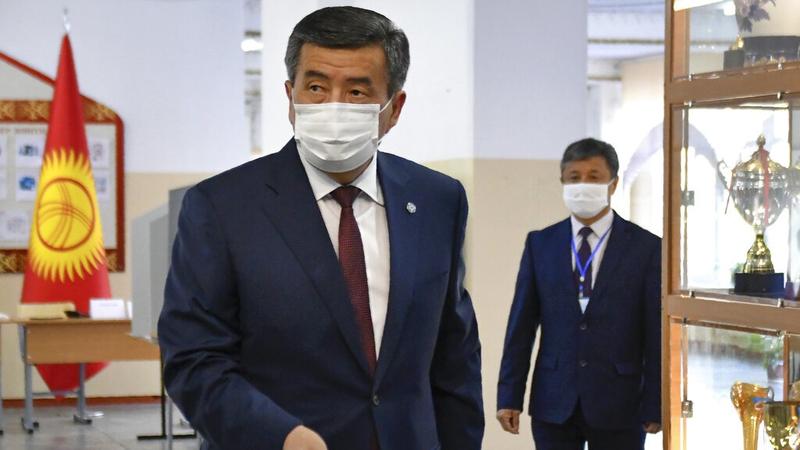 BISHKEK - Kyrgyz President Sooronbai Jeenbekov resigned on Thursday after 10 days of unrest following a disputed election, saying he wanted to prevent clashes between security forces and protesters who have demanded his removal from office.

After the election, opposition supporters took to the streets and seized government buildings, prompting the authorities to annul the vote

He becomes the third president of the small Central Asian nation since 2005 to be toppled in a popular uprising.

It was not immediately clear who would take control of the country. Constitutional rules say the parliament speaker, Kanatbek Isayev, should assume the presidential powers. But some opposition groups want Isayev to step aside as well, putting control in the hands of Sadyr Japarov, a nationalist who was named prime minister after his supporters freed him from jail last week.

Kyrgyzstan has been in turmoil since the Oct 4 parliamentary election, which the opposition rejected after Jeenbekov’s allies were declared the winners.

In a statement, Jeenbekov said he feared violence might break out if protesters carry out a threat to march on his compound.

“The military and security forces will be obliged to use their weapons to protect the state residence. Blood will be inevitably shed. I urge both sides not to fall for provocations,” he said.

“I do not want to go down in Kyrgyzstan’s history as a president who shed blood and shot at his own citizens.”

After the election, opposition supporters took to the streets and seized government buildings, prompting the authorities to annul the vote. Jeenbekov announced last week that he would resign, but this week he delayed his exit, saying he would stay in office until a new election was held.

Hundreds of Japarov’s supporters were rallying some 700 metres away from the presidential residence. As news of Jeenbekov’s resignation reached them, they started chanting “Parliament must go!” and “Isayev must go!”.

The prime minister’s spokesman declined to comment on whether Japarov would now press the speaker to stand down.