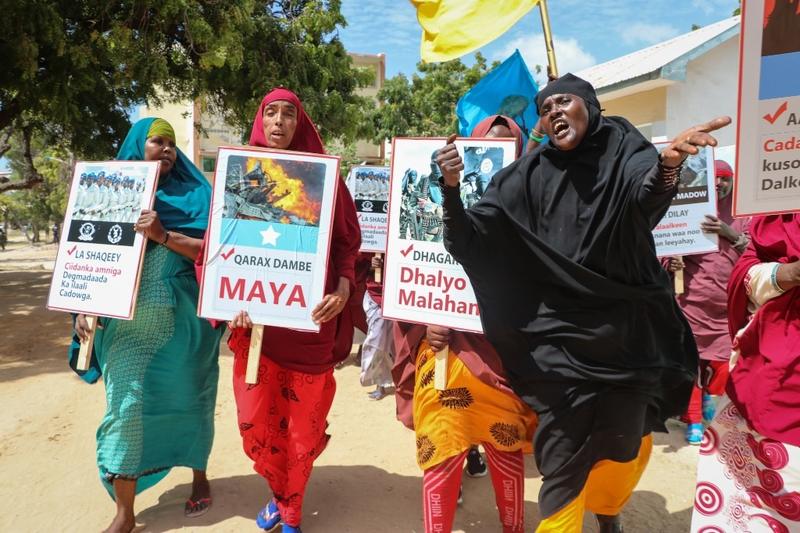 NEW YORK/NAIROBI - Somalia’s Islamist insurgents are moving millions of dollars through the formal bank system and appear to be investing in businesses and real estate, according to a United Nations report offering a rare glimpse into their finances.

Al Shabaab has for years been battling Somalia’s internationally-backed government to impose strict Islamic law in the Horn of Africa nation.

“Al Shabaab remains in a strong financial position and is generating a significant budgetary surplus, some of which is invested in property purchases and businesses in Mogadishu,” said the report by the UN sanctions panel on Somalia.

The report by the group, which monitors compliance with an arms embargo on Somalia, is due to be published this week.

The al Qaeda-linked Somali militants carry out frequent bombings and attacks at home and have also killed hundreds of civilians in Kenya and Uganda. Earlier this year, al Shabaab killed three Americans at a US military base in Kenya.

The UN report included details on two bank accounts held at Salaam Somali Bank, founded in 2009 as part of the Hormuud group of companies, raising questions about Somalia’s capacity to enforce a 2016 law aimed at curbing terrorist financing.

The bank did not respond to requests for comment.

Somalia’s Financial Reporting Center, which oversees compliance laws against money laundering and terror financing, said it is investigating the allegations against Salaam.

Nearly US$1.7 million moved through one of the accounts during a 10-week period until mid-July this year, the report said, noting the account appeared set up to receive Islamic tax called zakat.

With around 5,000 fighters, al Shabaab controls towns and countryside in southern Somalia, but its spies and assassins operate nationwide. Its estimated expenditure last year was around US$21 million, with about a quarter of that going to the Amniyat intelligence arm.

Al Shabaab also runs its own courts. One businessman told investigators that the courts had summoned him this year and ordered him to pay more than US$100,000 in zakat based on a review of his business, which they had assessed before he arrived.

The businessman, who was not named, provided a banking deposit slip and a receipt from al Shabaab to investigators as proof of payment. “Al Shabaab maintains a registry of citizens, which includes financial assessments on individuals and businesses,” the report said.

Another account, which appeared to handle fees levied on businessmen usng Mogadishu port, had US$1.1 million moved through it from mid-Febuary until the end of June this year, the report said. It included a cash deposit of US$25,000 by someone calling himself “A B C” on documentation.

In total, the two accounts made more than 128 transactions exceeding the US$10,000 threshold that should trigger automatic reporting to the Financial Reporting Centre.

When asked if the accounts had been shut down, Amina Ali, head of the centre, told Reuters: “All the necessary steps have been taken.”

The report also examined a single al Shabaab road checkpoint - one of dozens - that former al Shabaab tax officials told investigators made between US$1.8 million-US$2.4 million per year.

In the government-controlled southern port of Kismayo, businesses are forced to pay the insurgency between US$300-US$600 monthly depending on their size, which could earn them nearly US$6 million a year from Kismayo alone, the report said.

Businessmen are afraid to refuse al Shabaab for fear of being killed, said Hussein Sheikh Ali, a former Somali national security advisor and founder of the Mogadishu-based Hiraal Institute thinktank. Their own report on al Shabaab finances is due out this month.

“Shabaab is super efficient in terms of collecting money throughout industries and the country,” he said.

“We know they have surplus money... and we believe they may send some money to al Qaeda.”