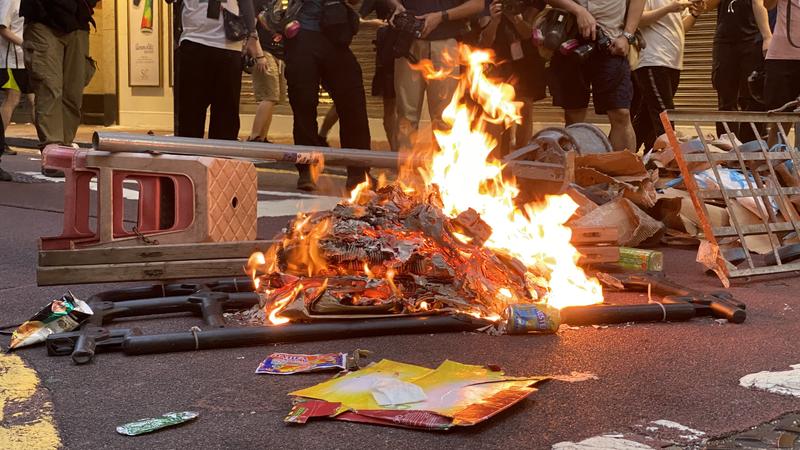 Wooden planks and cardboard boxes are set on fire by protesters during an illegal assembly in Causeway Bay, Hong Kong, July 1, 2020. (PHOTO/CHINA DAILY)

The suspects, aged between 19 and 30, allegedly published messages on the internet to instigate illegal acts such as blocking roads, taking part in illegal assemblies and attacking police officers, police said.
They were arrested for offenses including inciting others to commit arson and assemble illegally.
Police said rumors have surfaced online about the illegal boundary-crossing of 12 Hong Kong residents, with some people using the case to instigate illegal gatherings on Thursday. Some even plotted to storm police stations and purchase guns and bows to launch terrorist attacks on officers, police said.