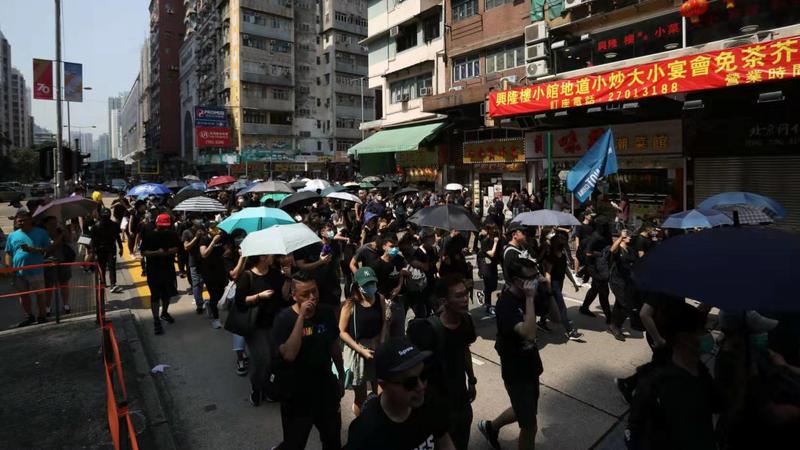 The Security Bureau on Monday warned the public not to join a planned unauthorized rally on National Day after the city’s police banned the rally citing health and safety risk.

In a statement by the bureau on Monday, a spokesman said the police will take resolute enforcement action in strict accordance with the law against any illegal act in order to protect public order and public safety.

Cheung Chi-wai, superintendent of Hong Kong Island Regional Headquarters (Operations Wing), said that the police rejected the rally application due to the risk to public health and safety

The statement came after the Appeal Board on Public Meetings and Processions on Monday upheld a police ban on the planned National Day rally initiated by the Civil Human Rights Front.

“Anyone advertising or publicizing the procession, or taking part in the unauthorized event, might be guilty of breaking the law,” the spokesman said.

The spokesman took note that some people have declared they would take part in the planned rally and use violence such as hurling petrol bombs or blocking roads to further their demands.

The courts have ruled that once a protest involves the use or the threat of using violence, the protest would go beyond the constitutionally guaranteed bounds of a peaceful demonstration, the spokesman added.

Speaking to the media after the appeal board’s decision, Cheung Chi-wai, superintendent of Hong Kong Island Regional Headquarters (Operations Wing), said that the police rejected the rally application due to the risk to public health and safety.

He noted that violent unlawful rallies have been held in various districts in recent months, and the scheduled route of the National Day rally is close to areas which used to see violent clashes.

The organizer can’t guarantee that violence will not erupt, police said, adding that the pandemic could also make a comeback at any time.

Last week, while arresting a mother and her son, who is a college student, for allegedly selling firearms online, the police discovered online claims that protesters will “make a big fuss” on National Day.

The police have yet to determine whether the firearms have been sold, so they will approach the planned rally with extra caution.

Following the appeal board’s decision, a Security Bureau spokesman warned that anyone advertising or publicizing the procession, or taking part in the unauthorized event, might be guilty of breaking the law.