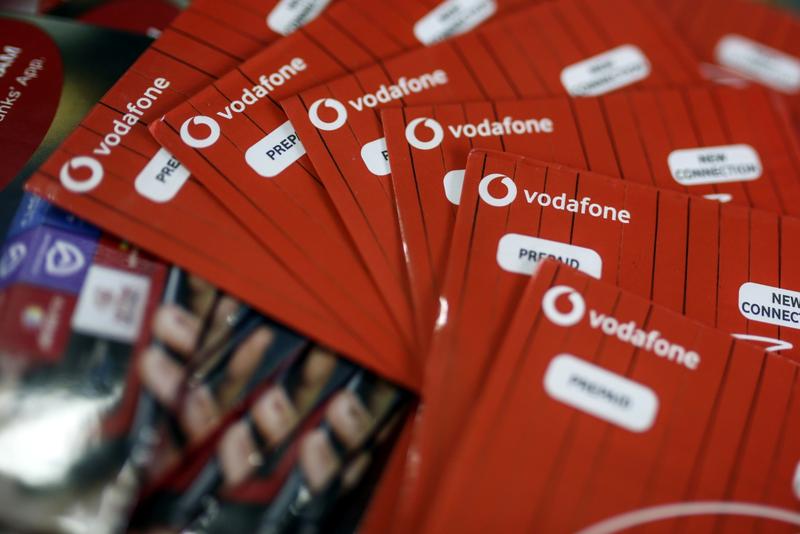 Vodafone Idea Ltd SIM card packets are arranged for a photograph at a store in Mumbai, India, on Jan 19, 2020. (PHOTO / BLOOMBERG)

Vodafone Group Plc won a crucial victory in a years-long tax dispute with the Indian government, a development that could potentially save the UK wireless carrier almost US$3 billion.

An international arbitration tribunal ruled Friday that India’s efforts to claim 200 billion rupees (US$2.7 billion) in past taxes were in breach of fair treatment under the bilateral investment protection pact between the south Asian nation and the Netherlands, according to a lawyer representing the company in the case. The tribunal has also asked India to halt its efforts to claim the tax dues. India can appeal.

The ruling may ease the burden on Vodafone’s India venture at a critical time when it is already facing a demand for billions of dollars in back-fees, which India’s Supreme Court ordered it to pay last October in a separate case. The joint venture between Vodafone and billionaire Kumar Mangalam Birla’s conglomerate has been weighed down by a US$7.8 billion bill from the government -- biggest among peers -- posting eight straight quarterly losses and holding over US$14 billion of debt.

“Vodafone has finally got justice,” said Anuradha Dutt, managing partner of DMD Advocates, a New Delhi-based firm which argued for Vodafone. “They have held that the government trying to recover from Vodafone the tax, interest, and penalty, is unfair and it breaches the fair and equitable standards laid down by international law.”

A Vodafone spokesman in London confirmed that the investment treaty tribunal found in the company’s favor. “This was a unanimous decision, including India’s appointed arbitrator Mr Rodrigo Oreamuno,” the spokesman said in an email. “The tribunal held that any attempt by India to enforce the tax demand would be a violation of India’s international law obligations.”

Vodafone Group shares traded 0.2 percent lower in London. The UK-based global telecommunications group wrote off the carrying value of its share in the joint-venture last year, and Chief Executive Officer Nick Read said he would not inject more equity into the company.

India’s finance ministry said in a statement the government “will be studying the award and all its aspects carefully in consultation with our counsels” after which it will decide on further course of action “including legal remedies before appropriate fora.”

The ruling on Friday marks the latest twist in over a decade-long tax dispute that started when Vodafone entered India by acquiring Hutchison Whampoa’s Indian operations in 2007 and was slapped with the tax bill.