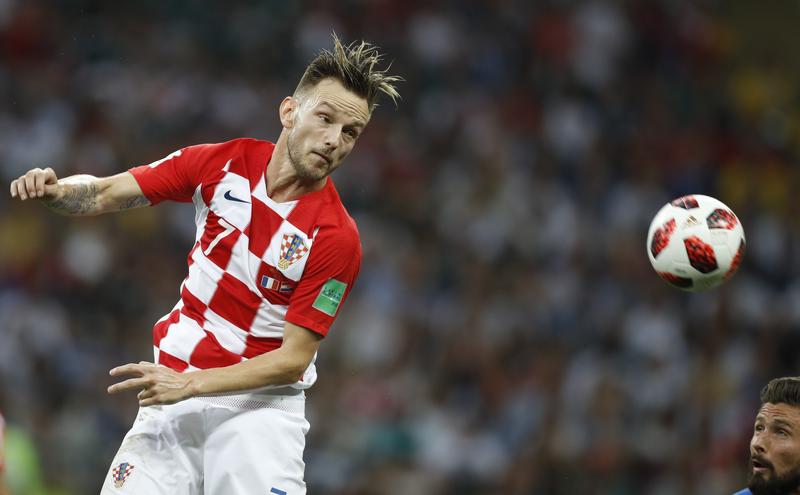 In this July 15, 2018 file photo Croatia's Ivan Rakitic, left, heads the ball as France's Olivier Giroud looks on during the final match between France and Croatia at the 2018 soccer World Cup in the Luzhniki Stadium in Moscow, Russia. (FRANCISCO SECO / AP)

BARCELONA - Croatia midfielder Ivan Rakitic has called time on his international career with the 2018 World Cup runners-up, he said on Monday.

The former Barcelona player, 32, was an integral part of the Croatia side who reached the World Cup final in Russia before losing 4-2 to France.

“Saying goodbye to the Croatian national team is the most difficult decision in my career, but I felt that this was the moment when I had to break away and make that decision,” said Rakitic in a social media post from the national side.

“I enjoyed every game I played for my homeland, and unforgettable moments from the World Cup will remain among my favourites.

“I am convinced that we still have a great team with a bright future ahead. I wish my friends and teammates all the luck in the world for the upcoming challenges, and in me they will have the biggest fan.”